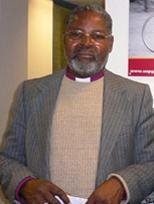 Zimbabwean Anglicans are urging the new leader of the Anglican church in their country to move to reconcile the strife-riven diocese of Harare which has been locked in a battle with excommunicated former bishop Nolbert Kunonga, a close supporter of Robert Mugabe, the country’s president.

The new bishop of the Anglican diocese of Harare, Chad Nicholas Gandiya, was consecrated on July 26 at a gathering of more than 10,000 people, Harare diocese information officer Precious Shumba told Ecumenical News International.

“The dean of the Anglican Province of Central Africa, Bishop Albert Chama, presided over the ordination and he urged the new bishop to heal and reconcile the diocese of Harare which was riven by division,” Ms. Shumba said.

Bishop Gandiya succeeds Sebastian Bakare, a retired cleric who served as the diocese’s interim bishop from December 2007 when Bishop Kunonga was deposed. The church said Bishop Kunonga had illegally separated from the Province of Central Africa by installing himself as archbishop of Zimbabwe. Bishop Kunonga said he believed the church that deposed him was too cozy with homosexuals.

As an avowed supporter of Zimbabwe President Robert Mugabe and his Zanu-PF party, many Anglicans say Bishop Kunonga has supported the intimidation and persecution of Anglicans in Zimbabwe who have opposed his leadership and that of Mr. Mugabe, in the devastated country.

Bishop Gandiya became Harare bishop despite a bid by Bishop Kunonga to block the consecration, claiming he is still the legitimate head of the Anglican church in Zimbabwe.

Bishop Kunonga approached the Zimbabwe High Court on July 24 seeking a ruling to stop Bishop Gandiya being made leader of Zimbabwe's Anglicans.

“The consecration can only be done in the case of the death of the incumbent bishop,” Kunonga was quoted as saying by the government-owned Sunday Mail newspaper in advance of the ceremony.

Bishop Gandiya, the former Africa regional desk officer for the Britain-based mission agency USPG: Anglicans in Mission, was on May 2 elected to serve as the bishop of Harare. At the time of his election, Bishop Gandiya said he might acquire a “crown of thorns” when he became leader of Zimbabwe’s Anglicans. Yet he said he could succeed if all Anglicans pray for him.

Since being deposed, Bishop Kunonga and a small group of followers claimed ownership of Anglican church buildings in Harare, denying access to the majority of the city's parishioners led by Bishop Bakare and calling in riot police to forcibly evict them during services.

In some incidents, parishioners were attacked by supporters of Bishop Kunonga, forcing them to hold church services in the open, or in buildings provided by other churches until the High Court ordered the two groups to share church facilities.