Irish pilgrims not put off by Medjugorje defrocking 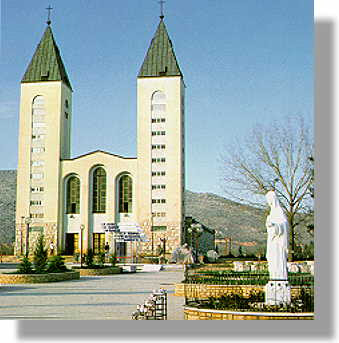 Irish fdevotees of Medjugorje have insisted that the defrocking of a controversial priest linked to the Marian shrine does not detract from their devotion.

It was announced this week that Pope Benedict XVI has defrocked Fr Tomislav Vlasic, who previously served as spiritual director to the six children who claimed to start receiving visions from the Mother of God in the early 1980s.

The six, now adults, claim that the messages are still ongoing.

Fr Vlasic has been under investigation by the Vatican for the past years following allegations that he conducted an illicit affair with a nun and other serious claims that he was teaching false doctrine.

The investigation culminated with his dismissal from the clerical state and his expulsion from the Franciscan Order.

Paul Wallace, a spokesman for the National Medjugorje Council of Ireland told The Irish Catholic he was ''saddened'' to hear the news.

''It's disappointing because he did have some very nice sermons, during his days in the village and many people who were there in the earlier days will be very sad about this,'' he said.

However, Mr Wallace said that followers of Medjugorje were ''not surprised'' that the shrine is coming under attack.

''We accept that Medjugorje is constantly under attack, and we view that as a sign of the authenticity of the visions and of the powerful graces that are flowing. If Satan wasn't attacking this great work, that would be surprising,'' he said.

It is estimated that upwards of 30,000 Irish pilgrims travel to the town in Bosnia-Herzegovina every year there are Medjugorje-inspired prayer groups in every county in Ireland.

While bishops are forbidden by the Vatican to lead pilgrimages to the shrine, there is no prohibition on Catholics visiting Medjugorje and the Vatican has insisted that the spiritual needs of pilgrims must be accommodated.