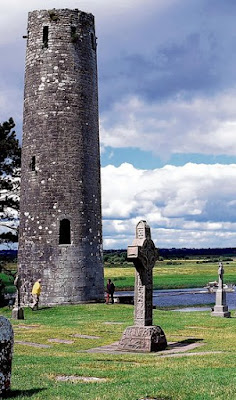 LANDOWNERS LIVING next to the ancient monastic site of Clonmacnoise in Co Offaly fear that if it is awarded world heritage site status their freedom to farm and build in the area will be severely restricted.

A public information meeting on the zoning of land in counties Roscommon, Offaly and Westmeath as part of the planned designation of Clonmacnoise takes place in Athlone this evening.

The Department of the Environment, Heritage and Local Government announced early this year it was applying to Unesco for world heritage status for Clonmacnoise.

An extensive “buffer zone” around Clonmacnoise has been proposed as part of the department submission. This incorporates tracts of land in counties Offaly, Roscommon and Westmeath.

Offaly councillor Connie Hanniffy (FG) said residents living in the locality were very worried. The local community “have been the custodians of the place and they have co-operated and this has been foisted on them”.

She said: “The economic value of Clonmacnoise to the local community as of now hasn’t been that great because very few businesses around the bog have gained anything from it. I speak of this because I was in tourism myself.”

Ms Hanniffy wants the department to clarify the nature of any planned restrictions. “I am very worried for my constituents – they have to live when all this is over.”

Cllr Eamon Dooley (FF) agreed there was a lot of concern locally but he believed most of the concerns would be appropriately dealt with during consultation. If the cost was too high, the local community would not accept the proposals, he said. Shannonbridge native Cllr Sinead Moylan Ryan (FF) questioned the scale of the proposed buffer zone, claiming it would increase the original core protective zone ten-fold, from 200 hectares to more than 2,000 hectares.

He had received calls from farmers who fear there will be “widespread implications” if the draft measures are imposed. The farming community along the banks of the Shannon in Westmeath were worried there could be restrictions in cutting hay and allowing animals out after they have been dosed.

Roscommon-based TD Denis Naughten (FG) has urged local farmers to attend today’s public meeting, which is being hosted by the department at the Athlone Springs Hotel, and starts at 7.30pm. “Over the last number of years we have witnessed the department designate large tracts of land, placing serious restrictions on farming practices and development,” said Mr Naughten.

“The fear is that we may now see this blasé attitude from the Department of the Environment well and truly at work again with similar plans for the proposed designation of land within the buffer zone of the pending world heritage site at Clonmacnoise.”

To date there are two world heritage sites in the Republic: the Brú na Bóinne archaeological complex which was added to the Unesco list in 1993, and Skellig Michael which was added in 1996.