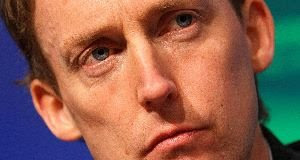 TEACHERS, gardaí, nurses and other State employees could lose their jobs if they fail to report suspicions of abuse under a range of child protection measures which Minister for Children Barry Andrews said he will take personal responsibility for implementing.

Abuse survivors warned the Government it must ensure the €25m required is made available for new plans to safeguard children, with some describing the measures as too little too late.

But Mr Andrews personally guaranteed the implementation of the recommendations in the Ryan report into clerical abuse.

The Government last night reiterated its call on religious institutions to "produce an offer of a substantial contribution by way of reparation for the suffering of children in residential institutions".

One of the 18 orders involved in the redress scheme has still not produced a statement by the Government as agreed following the publication of the report.

The "adequacy" of the other 17 statements will be assessed by a three-man panel chaired by Frank Daly, former chairman of the Revenue Commissioners.

Under the 99-point plan to implement the Ryan report recommendations announced:

* 270 vacant social work positions will be filled in the HSE.

* All residential centres, including those for disabled children and those seeking asylum, will be independently inspected by 2010.

* A national monument will be constructed as areminder of neglect and abuse of children in institutional care, and an annual "day of atonement" will be established.

* Children First guidelines on identifying and reporting child abuse will be put on a statutory basis, meaningemployees of State-run or State-funded organisations will be legally obliged toreport abuse.

* Certificates will be provided to victims of abuse stating they do not have a criminal record arising from their referrals to institutions.

Former mayor of Clonmel Michael O’Brien, who confronted the Government with an emotional outburst on RTÉ’s Questions and Answers after the Ryan report was published, told Mr Andrews: "I feel ashamed as a member of this State that something was not done years ago to protect the innocence of children."