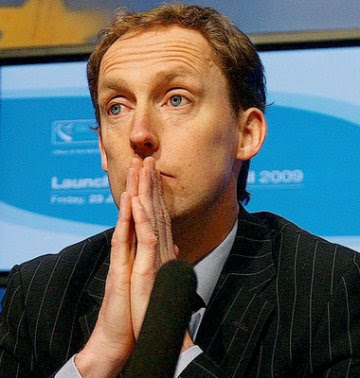 Children’s Minister Barry Andrews today insisted Irish people no longer have the deference towards the Catholic Church that allowed institutional child abuse to thrive for decades.

During emotional outbursts by abuse survivors at the launch of a Government plan to make sure the systemic torture can never again happen, Mr Andrews said there had been a sea change in society.

“I believe that we have come a long way,” he said.

“The deference that was at the core of the problem is no longer there.”

The Children’s Minister blamed an undue high regard for religious institutions and the State for allowing a decades-long cover-up of sickening abuse in church-run homes, schools and orphanages since the 1940s.

While victims generally welcomed the Government plan, some insisted it was too little too late.

Survivor Bernadette Fahy, who works with the Aislinn Centre for addicts, demanded to know why many inspections of children’s institutions are still announced in advance.

She called for abuse survivors to be put on inspection groups because they would know best the subtleties of how abused children are manipulated and silenced.

“When visits were announced we were left scrubbing and cleaning for weeks before the visit, put in a little dress for the day of the visit, the table set beautifully, and as soon as the inspectors left it was back to the grind,” she said.

Mr Andrews insisted announced visits are needed in some cases to make sure children and staff are available to be interviewed by inspectors.

Former Mayor of Clonmel Michael O’Brien, who revealed on national television how he was raped and beaten at St Joseph’s Industrial School in the Co Tipperary town, said the plan was no use unless officials listen to the abused.

“I feel ashamed as a member of this state that something was not done years ago to protect the innocence of children.

“My God, we were known one time as saints and scholars – what are we known as now, I wonder?”

Christy Heaphy, who was repeatedly sexually abused at Greenmount Industrial School in Cork, run by the Presentation Brothers in the 1950s, called for the plan to be rigidly implemented.

“It has to be very, very strongly policed,” he urged.

“It really has to, because you can never, never be too careful where children are concerned.”

Paddy Doyle, who wrote the best-selling book 'The God Squad', which detailed his childhood experiences in a religious institution, echoed several remarks about unelected spokesmen for survivors.

The award-winning author and disability campaigner said the Government was consulting with people who don’t have a mandate to speak for child abuse victims.

“There are many people who are basically setting themselves up as spokespersons for those of us who were institutionalised. They don’t have a mandate,” he said.

Mr Andrews said preventing any reoccurrence of the horrors that had happened before was a society-wide responsibility.