Bulgaria New Minister without Portfolio Spied on the Vatican 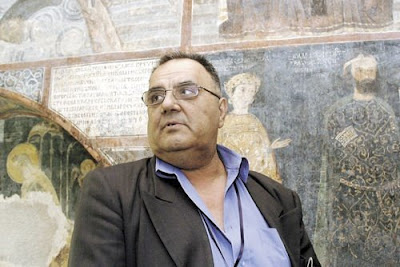 Bulgaria's new Minister without a portfolio, Bozhidar Dimitrov, who was sworn in on Monday as part of the government of Boyko Borisov and the GERB party, used to spy on the Vatican.

According to the declassified file of Dimitrov, back in the 1970s and 1980s he was recruited by the so called State Security - the secret police and intelligence service of the Bulgarian communist regime.

Dimitrov's having worked for the State Security cast a shadow on the support of the rightist Blue Coalition for the GERB government; the Blue Coalition claimed that his appointment to the government was unacceptable because of his involvement with the former State Security, whereas Bulgaria's new Prime Minister, Boyko Borisov, has been firm in his decision to appoint Dimitrov stating he was well aware of his past, and valued Dimitrov as a professional.

According to the declassified file of Dimitrov, who is still the Director of Bulgaria's National History Museum, he was recruited as a State Security agent in 1973, and was prepared to infiltrate the library and the secret archive of the Vatican.

The First Directorate of the State Security decided to recruit him because of his successful performance as a history student at Sofia University. In order to complete his mission, Dimitrov started studying intensively French, Latin and Old Greek. He picked himself his agent's pseudonym - Kardam - after a 8th century Bulgarian Khan.

However, after spending some time in Paris as part of his training, he was involved in a gaffe as he smuggled several volumes of Alexander Solzhenitsyn's books and distributed them among his friends.

"Kardam has not executed the instructions to collect the materials he had distributed to his friends, and even caused scandals by accusing them that they had betrayed him to the Interior Ministry, thus showing once again that he is an undisciplined agent", reads a note from his file dated December 18, 1974.

There is no information in Dimitrov's file about his later period as an agent but two cards indicate that he did manage to infiltrate into the library of the Vatican.

"I am proud of what I have done. Did you see in my file any secret reports against someone in Bulgaria written by me? I haven't even written a report against my own mother-in-law, and, honestly, I really wanted to", Dimitrov joked before the media last week.

Novinite.com has approached the Vatican Embassy in Sofia for a comment on the appointment of Dimitrov, and how it would affect Bulgaria's relations with the Vatican and the Catholic Church.