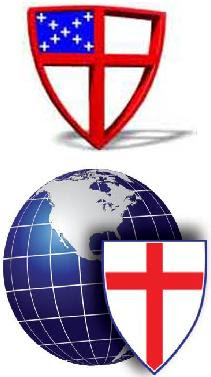 The California courts have handed the Episcopal Church and the ACNA a mixed bag of legal decisions this month in the battles over parish property.

While both sides have trumpeted the importance of their legal victories, neither ruling is likely to settle the property litigation.

On July 21 the Fresno County Superior Court affirmed its May 5 ruling granting summary judgment in favor of the Episcopal Diocese of San Joaquin in its suit against the Anglican Diocese of San Joaquin, while an Orange County Court on July 13 dismissed two motions filed by the Diocese of Los Angeles against St James Church in Newport Beach, that challenged the legal sufficiency of the parish’s cause of action in light of the California Supreme Court decision in favour of the Diocese.

Presiding Bishop Katharine Jefferts Schori—-whose office has been allocated over $7 million by the General Convention to fund litigation against the breakaway groups—-issued a statement after the ruling noting the “court found that there is no question that the Episcopal Church is a hierarchical church, of which the diocese is an integral part.”

The Presiding Bishop noted the Fresno court held “the Episcopal Church’s rules did not permit the diocese to revoke its accession to the church’s constitution and canons or to join a different denomination” and that the “continuing Diocese of San Joaquin is ‘not a new organization’ created after former Bishop Schofield attempted to remove the diocese from the church, but that the diocese ‘is the older organization from which (Schofield and the other) defendants removed themselves’.”

The decision, she said is the “first involving a dispute over the property of a diocese of The Episcopal Church, and is expected to be helpful in cases involving other dioceses.”

The Anglican Diocese of San Joaquin noted the decision was “significant” but it did not “end the case at this juncture and many more issues remain to be resolved at the trial scheduled for February 1, 2010.”

The Anglican Diocese rejected the trial court’s legal reasoning, arguing it could not be “sustained under a true ‘neutral principles’ analysis that is now required by our state supreme court,” and an appeal will be forthcoming.

The legal significance of the Fresno Court’s ruling has also been questioned by legal commentators, who note that the current complaint before the court for consideration is the Episcopal Diocese’s fourth amended complaint.

In the Orange Country, the Diocese of Los Angeles and the Episcopal Church were handed a defeat by the trial court on July 13 after Judge Thierry Colaw rejected its motions to grant it a summary verdict.

Los Angeles had argued that California Supreme Court’s 2009 had ended the litigation and had awarded it the disputed property.

Lawyers for the diocese also argued that a 1991 letter written by the diocese to the parish waiving its interests in the parish property had already been decided by the Supreme Court.

Judge Colaw rejected both of the diocese’s arguments following oral argument on July 2.