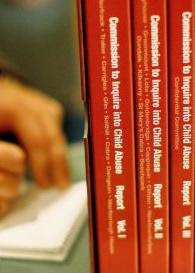 THE State spending watchdog has criticised the Child Abuse Inquiry for failing to monitor its costs as its final bill of €136 million looms for taxpayers.

Concern has also been raised that the abuse inquiry engaged barristers for administrative work when less expensive staff could have been used.

The Comptroller & Auditor General (C&AG) has recommended information systems be established for future inquiries to count costs on an ongoing basis.

The C&AG report, released yesterday, looked at the timeliness and related costs of the ten-year Commission to Inquire into Child Abuse.

The harrowing inquiry, chaired by Justice Ryan, found that sexual abuse was endemic in Church-run industrial schools and orphanages.

The commission was originally set to cost up to €2.5m and run for just two years. After several reviews and the resignation of its former chairwoman, Ms Justice Mary Laffoy, its scope was limited.

Nonetheless, the C&AG estimates its final cost will be between €126m and €136m, if it finishes its work by next year. Up to about half of this or €62m could be for third-party legal costs, including for complainants, respondents and discovery orders. The inquiry’s administration will cost €30m, while its own legal team have mounted up bills of nearly €16m. Other costs have been incurred for litigation (€2.2m) and expenses and costs for state bodies that gave evidence or featured during in the inquiry (€10.5).

Mr Buckley found that the inquiry’s progress was "extremely slow" in the beginning and real work did not begin until 2002, three years after its establishment, partly due to the delay in agreeing a legal expenses scheme.

Less expensive staff could have been used during the inquiry, added the C&AG.

"In the area of administration, some support work was done using counsel when less expensive staff could have been engaged, for example in the case of inquiry officers."

Less expensive paralegal or professional staff should be used for research in future inquiries, he recommended.

The inquiry only estimated its ongoing costs once during its 10 years, the report noted. "In general, estimation was hampered by a lack of adequate information systems," it added.

The inquiry had consisted of the chairman, six commissioners, 17 legal counsel and 31 administrative and non-civil servant staff at one stage.

The Government had extended the term of the commission on four occasions also, noted the report.