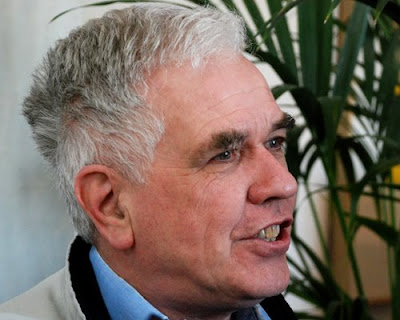 The €25-million Government action plan to improve child protection in the State has been branded as ''hypocritical'' by Jesuit justice campaigner, Fr Peter McVerry.

As part of the plan - which implements all the recommendations of the Ryan Report - the Government has committed additional money to the National Counselling Service to help victims of abuse in industrial schools.

However, Fr McVerry, who works with homeless and vulnerable people in inner-city Dublin, said moves such as these amounted to ''crocodile tears'' as several destitute survivors of the schools were unable to access proper accommodation or rehabilitation services.

''Some of those victims are now homeless, if they ring the Government for a bed; they are directed to a dormitory hospital, where they share a room with 15 to 20 others.

''Many of the victims have problems with drink and drugs and if they were to look for support in Waterford, for example, there would be three years of a waiting list.

''We are shedding crocodile tears, but we are doing sweet damn-all and are ignoring the risks to children today,'' he told The Irish Catholic, following publication of the plan this week.

Under the plan, by 2010, all State facilities for children will be independently inspected by the Health Information and Quality Authority (HIQA).

However, Fr McVerry criticised the Government's stubborn resistance to include St Patrick's Institution for young offenders in such plans.

''None of the legislation to protect children in care applies to St Pat's where children live in dehumanising and destructive conditions, spending 18 and-a-half hours a day locked into a tiny cell on their own, watching television,'' he said.

Several groups have expressed disappointment that the plan only makes the reporting of child abuse a mandatory requirement for State-funded bodies, making those who fail to do report allegations liable for criminal prosecution.

A spokeswoman for the Irish Society for Prevention of Cruelty to Children (ISPCC) said she was ''disappointed by the failure to place [State guidelines] Children First on a statutory footing beyond those that are employed by the State or who receive funding from the exchequer.

''Failure to ensure that non State-funded bodies are held accountable will result in the same patchy and inconsistent implementation that has been highlighted over the last number of years,'' she said.

However, Minister for Children, Barry Andrews TD insisted that the issue of mandatory reporting had created problems in other jurisdictions.

''It has caused many thousands of referrals to the social work system, many unsubstantiated cases are brought to their attention so that social workers are forced to investigate circumstances that don't give rise to any concern, and that has actually put children at risk,'' Mr Andrews said.

Bishop Leo O'Reilly agreed with the Minister and insisted that that the Government ''had good reason for not making it mandatory''.

''Sometimes the issue of mandatory reporting can be a distraction. If all the other recommendations are carried out, it would be a huge benefit and this will be a better world,'' Dr O'Reilly said.

St Stan Kennedy, founder of the Immigrant Council of Ireland (ICI) welcomed the move to include hostels where children were seeking asylum on the list for inspections.

270 social work posts in the HSE will be filled