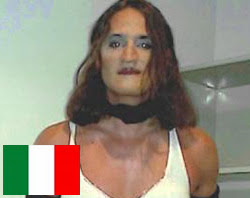 Police in Milan detained a Brazilian transsexual on Sunday after he stripped naked in front of the altar during Mass and began to attack the priest who was presiding over the Mass.

The incident occurred at the Church of St. Babila at the 8:30am Mass on Sunday.

According to ANSA news agency, the subject entered the church and approached the altar, where he stripped naked.

“Afterwards he took a pole used by the sacristan to close doors and approached the celebrating priest. Several people in congregation tried to stop him, and the man went to the baptismal chapel and began striking a commemorative plaque full of money, which he tried to steal.

Anything here aside from anti-immigrant and anti-queer bias?

This article doesn't even say what religion the priest was, let alone what he was preaching.