Orders won't have to pay a penny towards Ryan plans 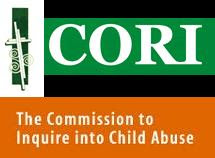 RELIGIOUS orders will not have to fork out any money on the Government's €25m plan for acting on the Ryan report into child abuse.

Instead, the Government will rely solely on making cutbacks and securing new funding to boost the number of social workers by 270, recruit more counsellors and inspectors and erect a memorial to the thousands of child abuse victims.

Any additional funds from religious orders will go to a trust for the victims.

With the 18 religious orders still in talks with the Government over increasing their financial contributions, the Cabinet last night appointed a three-person committee to scrutinise the accounts they have submitted.

The panel, chaired by former chairman of the Revenue Commissioners Frank Daly, will report to the Government as to the "adequacy" of the statements for assessing the resources of the congregations.

"The Government indicated that while the panel is carrying out its work, it expected the congregations to be working to produce an offer of a substantial contribution by way of reparation for the suffering of children in residential institutions," a Government statement said.

The other panel members are Catherine Treacy, chief executive of the Property Registration Authority, and John Donnelly, a former chairman of accountants Deloitte and Touche.

The additional €25m cost of implementing the recommendations is on top of the €1.3bn the Government has already paid in compensation -- a figure that is 10 times what the religious orders offered to contribute under the 2002 indemnity deal.

"The €25m will come from Exchequer funding. Any contributions from religious orders will go directly to the trust fund," said a spokeswoman for Children's Minister Barry Andrews.

CORI director general Sr Marianne O'Connor said it would be "good" if religious orders built on the funding they are already providing.

"I'm sure the congregations would consider anything that might be put forward. Everything is on the table. They have put in their statements," she told the Irish Independent.

Asked if it would be an important gesture for the religious orders to contribute towards the €25m costs of the implementation plan, Sr O'Connor said: "The congregations are making a very substantial contribution at the moment.

"For example, they have maintained care homes for former residents, they are supporting them in educational initiatives and counselling initiatives and the helpline, which has cost something in the region of €16m."