Medjugorje priest leaves and is laicised 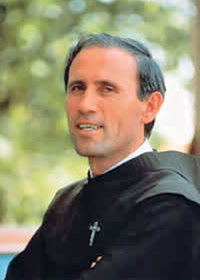 Pope Benedict has laicised Medjugorje priest, Fr Tomislav Vlasic, a year after he was placed under investigation over allegations that he exaggerated the apparitions and had engaged in sexual relations with a nun.

Franciscan Fr Vlasic, the former "spiritual director" to six visionaries who claim that the Virgin Mary visited them nearly 40,000 times over 28 years, was asked to leave the priesthood after the Vatican launched an investigation into allegations that he was guilty of sexual immorality with a nun which he then covered up, UK's Daily Telegraph reports.

He was also suspected of exagerating stories of the Virgin Mary's appearance and under formal investigation for alleged "dubious doctrine, the manipulation of consciences, suspect mysticism and disobedience towards legitimately issued orders."

Far Vlasic refused to cooperate with the investigation from the outset and he was banished to a monastery in L'Aquila, Italy, where he was forbidden to communicate with anyone, even his lawyers, without the permission of his superior.

He has not commented on the allegations but told the Vatican that he felt wronged given he had turned Medjugorje into an international shrine and generated funds to build new churches.

It emerged on Sunday that he has chosen to leave the priesthood and his order, a move which has brought the investigation to an abrupt halt.