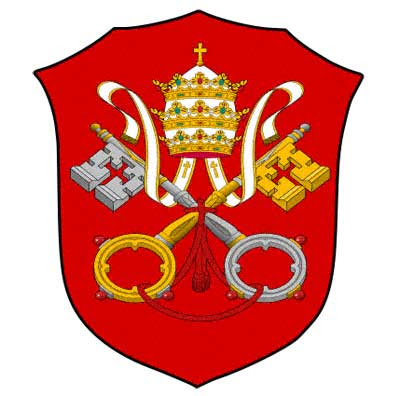 As it does periodically, the Vatican released a list of highlights and summarizing the past few months.

Among the notable events are the World Meeting of Families, the Pope's encouragement of social networking tools, the publication of Benedict XVI's letter on the lifting of the Pius X Society bishops and his trip to Africa.

A list of the highlights from April to July will be published by the Vatican press office tomorrow.

The full list for January through March is given below.

1: In the Vatican Basilica, the Holy Father presides at Mass for the Solemnity of Mary Mother of God, which also marks the 42nd World Day of Peace the theme of which is "Fighting Poverty to Build Peace."

3: Publication of a Letter from the Pope, written in Latin and dated December 28, 2008, in which he appoints Cardinal Secretary of State Tarcisio Bertone S.D.B. as papal legate to the Sixth World Meeting of Families, to be celebrated in Mexico City from January 13 - 18.

11: Cardinal Pio Laghi, prefect emeritus of the Congregation for Catholic Education and patron of the Sovereign Military Order of Malta, dies at the age of 86.

14-18: Sixth World Meeting of Families celebrated in Mexico City on the theme: "The family, teacher of human and Christian values.” To all the faithful who participate devotedly in the event, the Holy Father grants Plenary Indulgence under the usual conditions: sacramental Confession, Eucharistic communion and prayer in keeping with the intentions of the Supreme Pontiff.

16: Benedict XVI receives prelates from the Episcopal Conference of Iran at the end of their "ad limina" visit. The conference is made up of ordinaries of the Armenian, Chaldean and Latin Churches.

18-25: Week of Prayer for Christian Unity, the theme of which, taken from the Prophet Ezekiel, is: "That they may become one in your hand."

18: Benedict XVI announces that the Italian city of Milan will be the site of the next World Meeting of Families, due to take place in spring 2012 on the theme "The Family, Work and Feast."

20: Cardinal Stephanos II Ghattas, C.M., patriarch emeritus of Alexandria of the Copts, Egypt, dies at the age of 89.

23: Publication of the Holy Father's Message for the 43rd World Day of Social Communications, to be celebrated on May 24 on the theme: "New Technologies, New Relationships: Promoting a culture of Respect, Dialogue and Friendship."

24: Holy Father receives prelates from the Chaldean Church at the end of their "ad limina" visit. During the audience the bishops give the Pope a cape used by Archbishop Faraj Rahho of Mosul and a stole belonging to Fr. Ragheed Aziz Ganni, both killed in Iraq over recent months.

26: Benedict XVI receives the Letters of Credence of Stanislas Lefebvre de Laboulaye, the new French ambassador to the Holy See.

29: Holy Father receives prelates from the Conference of Catholic Bishops of the Russian Federation at the end of their "ad limina" visit.

2: Holy Father receives the Letters of Credence of Janos Balassa, the new ambassador of Hungary to the Holy See.

2: Pope receives bishops from the Episcopal Conference of Turkey at the end of their "ad limina" visit.

3: Presentation of the Holy Father's 2009 Lenten Message, on the theme: "He fasted for forty days and forty nights, and afterwards he was hungry."

7: Publication of the Holy Father's Message for the seventeenth World Day of the Sick, which is celebrated every year on February 11, Feast of Our Lady of Lourdes.

9: Pope receives the Letters of Credence of Luiz Felipe de Seixas Correa, the new ambassador of Brazil to the Holy See.

12: Benedict XVI receives the Letters of Credence of Timothy Anthony Fischer, the new ambassador of Australia to the Holy See.

12: Benedict XVI attends a concert commemorating the 80th anniversary of the foundation of Vatican City State. Our Lady's Choral Society and the RTE Concert Orchestra, both from Dublin, Ireland, play the "Messiah" by Georg Friedrich Handel.

14: Benedict XVI receives prelates from the Catholic Bishops' Conference of Nigeria at the end of their "ad limina" visit.

1: Russian Orthodox Church of St. Nicholas in the Italian city of Bari is returned to the custody of the Patriarchate of Moscow in the course of solemn ceremony held there today. During the celebration, Cardinal Salvatore De Giorgi, archbishop emeritus of Palermo, Italy, reads out a Message from the Holy Father.

3-7: International conference on the theme: "Biological Evolution: Facts and Theories. A critical appraisal 150 years after 'The origin of species,'" is held at the Pontifical Gregorian University.

12: Publication of a Letter of Pope Benedict XVI to the bishops of the Catholic Church concerning the remission of the excommunication of the four bishops consecrated by Archbishop Lefebvre.

14: Benedict XVI receives a first group of prelates from the Argentinean Episcopal Conference at the conclusion of their "ad limina" visit.

16: Announcement of the Year for Priests, to be held from June 19, 2009 to June 11, 2010 on the theme: "Faithfulness of Christ, faithfulness of priests." The year marks the 150th anniversary of the death of John Mary Vianney, the holy "Cure of Ars."

19: For the occasion of the Solemnity of St. Joseph, husband of the Virgin Mary and Patron of the Universal Church, the official website of the Holy See is enhanced by the addition of a new section in Chinese.

27: Benedict XVI receives in audience Demetris Christofias, president of the Republic of Cyprus.

29: On this fifth Sunday of Lent, the Pope visits the parish of the Holy Face of Jesus, located in the Magliana neighborhood in the western sector of the diocese of Rome.