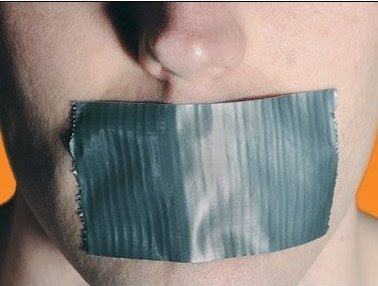 The Roman Catholic church, which once wielded great social power here, didn't seek the new law, nor was any other apparent constituency pushing for it.

Justice Minister Dermot Ahern, the law's strongest advocate, said that Ireland would be better off without it shortly after he introduced the bill to parliament.

"The optimal approach ... would be to abolish [the existing blasphemy law]," he said at the time, but added that the Irish Constitution demands that blasphemy be defined as a crime.

"As a republican, my personal position is that church and state should be separate. But I do not have the luxury of ignoring our constitution."

By his reckoning, Ireland has been violating its constitution for the past 48 years – since the passage of a 1961 law on defamation that mentioned blasphemy but was vague in its language and non-specific about potential penalties.

When the government decided to update defamation law, he argues, it was legally bound to include the new criminal charge of blasphemous libel, punishable by a fine of €25,000 ($35,000).

Irish legal scholars have generally agreed with his interpretation. "I don't like the idea of a crime of blasphemy, but the minister was right," says Eoin O'Dell, a senior lecturer at the School of Law, Trinity College Dublin. But atheists and free speech advocates have been irate.

Ann James, secretary of the Humanist Society of Ireland, concedes that the 1937 Constitution, which enshrines freedom of speech at the same time that it calls for blasphemy laws, contains many religious references that are out of the step with the times. All of them should be revised via a popular referendum, she argues. "Unfortunately, it's cheaper and easier for the government to introduce this flawed legislation," she says.

The last time someone sought to use Ireland's blasphemy law was connected to such a referendum. In 1995, Irish voters narrowly voted to overturn the constitutional ban on divorce against organized, vociferous opposition by the Catholic church.

A Dublin man found this blasphemous and brought suit. The case made its way to the Irish Supreme Court before being dismissed in 1999 on the grounds that "blasphemy" wasn't defined in Irish law.

The bonds between church and state in Ireland have been loosening for decades as Ireland has become a more pluralist society, and even opponents of the law don't expect that arc of change to be reversed.

In addition to legalizing divorce, Ireland has abandoned the practice of censorship to spare religious sensibilities. Monty Python's spoof on early Christianity, "Life of Brian," was banned in Ireland upon its release in 1979 and remained so until the late 1980s. By contrast, the far more controversial "The Passion of the Christ" faced no such obstacles when it was released in 2004.

But the bill has recharged the tension between freedom of expression and religion that can be found, not just in society, but in the Constitution. "In the long term, we should be amending our Constitution to remove these theistic references, not creating new crimes to enforce provisions that were written in the 1930s," says Michael Nugent, chairperson of Atheist Ireland.

In the past, issues like divorce, abortion, and citizenship have been amended through constitutional referenda.