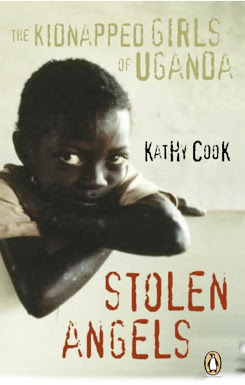 An upcoming movie will portray the real life story of Ugandan schoolgirls kidnapped from their Catholic school in 1996 by the notoriously cruel Lord’s Resistance Army and the largely successful rescue attempt of their teacher, a heroic religious sister.

The independent feature "Girl Soldier" is a fictionalized story based upon the 2007 book "Stolen Angels" by the Ottawa author Kathy Cook.

The film will star actress Uma Thurman as Sister Caroline, who was born in Italy as Rachele Fassera.

In 1996 armed rebels from the Lord’s Resistance Army kidnapped 139 young girls from St. Mary's College in Aboke to turn them into soldiers and sex slaves.

According to the Ottawa Herald, Sr. Caroline tracked down the rebels to their camp and fought for their release. She succeeded in rescuing 109 of them.

The sister then made it her mission to rescue captured youths in Africa with the assistance of their parents, the government, the U.N. and the Pope.

The violence of the Lord’s Resistance Army continues to the present day. In the weeks after Christmas 2008, LRA troops massacred 900 people in the Democratic Republic of Congo. They sacked and destroyed entire villages and killed entire families.

LRA leaders are wanted by the International Criminal Court for crimes against humanity.

The movie "Girl Soldier" will begin shooting early next year in South Africa with a budget of under $20 million. According to Variety, it is being produced by Caspian Pictures, which was founded by Brian Bullock and Will Raee in order to make socially conscious, commercially viable films with mass appeal.

The film will be directed by Raee, who has worked as a producer on the television shows CSI and Criss Angel: Mindfreak.

Raee told the Ottawa Citizen that Thurman was "very upset" by the story of the crimes against the young women.

"She got very emotional and she grabbed me by the wrist and said, 'Will, this is a film that has to be made. You have all my support and my resources and I really want to help you to do this.' She was very passionate about it."

He said Thurman was touched by the story of Sister Caroline.

"Uma is a mother and I've never seen a more loving parent than her. She loves children, and for her to just imagine what these kids go through is really horrifying."

Thurman has spoken out about exploited children, saying in a published report "It's beyond me that in this day and age, the exploitation of child soldiers goes virtually unnoticed and unchecked by western media."