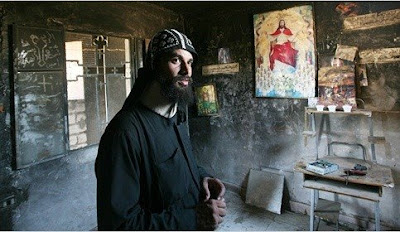 Several thousand Muslims have attacked the Coptic church of the Virgin Mary in West Ain Shams, in the suburbs of Cairo.

800 faithful attending the first liturgy remained barricaded inside the church.

The demonstrators attacked the building on the day of its inauguration, November 23.

The strife began in the early hours of the morning when a group of Muslims took possession of the first floor of a building in front of the church, turning it into a place of prayer.

At about five o'clock in the afternoon, other demonstrators blocked the road on both sides, and began the attack. The building was originally a factory, but has been modified as a place of worship for the Orthodox Coptic community, after a bureaucratic process that lasted five years.

It is the latest of many acts of violence against Christians.

The Copts are the main religious minority living in Egypt, and represent 15% of the population, out of a total of 80 million inhabitants.

Over the last 30 years, it is estimated that about 4,000 Christians have been killed or injured in attacks. In 2008, there have been dozens of events similar to the one that happened to the community in the suburb of Cairo.

Interviewed by AsiaNews, Fr. Milad Sidky Zakhary, director of the Catholic Institute of religious studies in Cairo, explains: "The problem is that legal authorization is not given easily to Christians to build churches. It often happens that communities are groups are forced to meet in homes or private buildings in order to fulfill the Sunday precept. If anyone discovers them, they do not report it to the authorities, but directly attack the faithful."

According to Voice of the Copts, A Coptic Christian association based in Italy and the United States, about 10,000 demonstrators attacked the church. Other local sources say that there were 20,000, and report that, when the police came, the crowd moved on to the businesses and property owned by Christians in the neighborhood, waving clubs and chanting incitements to jihad.

According to reports, two cars were burned, and five people were injured, in addition to the damage to the newly consecrated church.

thanks for letting the world know about our suffering.