Spainish socialists out of arguments for justifying new abortion law 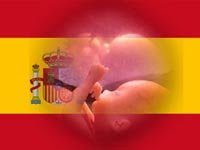 The Spanish newspaper ABC reported this week that a congressional subcommittee charged with analyzing Spain’s law on abortion grew hostile towards an expert giving testimony to them because his report showed that their plans to liberalize abortion would be destructive to the country.

Eduardo Hertfelder, the president of the Institute for Family Policy, delivered an expert presentation on the impact of liberalizing Spain’s abortion laws, which caused "an uproar” from the socialist politicians.

According to ABC, a study by the Institute showed that the numbers of abortion in Spain have constantly been increasing, with grave consequences. “But what pushed Soledad Cabezon, who spoke for the Socialists, over the edge was the presentation of the European legislative map with regards to the issue of abortion,” the newspaper reported.

The Institute noted that Spain is the only country in the European Union, together with Greece, to not establish a time limit for those who claim psychiatric danger to the mother as a reason to abort her child, which Hertfelder said is the “big hole in this law.”

According to Sandra Moneo, spokeswoman for the Popular Party, “The Socialist Party totally lost its temper over what Hertfelder had to say. It’s the first time in this subcommittee, where there is often disagreement, that the data from an expert has been questioned.” She said committee members treated Hertfelder impolitely and cast doubt on the work of a respected analyst.