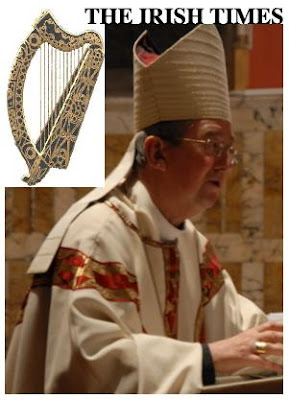 Faced to a misleading report in the Irish media, Archbishop Diarmuid Martin affirmed his unity with other bishops in upholding Church teaching on the issue of civil unions.

The archbishop of Dublin said this in response to an article published Wednesday by the Irish Times, titled "Bishops differ over emphasis on civil unions."

The article featured quotes from a press conference with the prelate on the forthcoming Civil Partnership Bill, that could give cohabiting same-sex or opposite-sex couples in Ireland almost all of the legal benefits of marriage.

In a letter that appeared in the same newspaper today, the archbishop wrote, "I have received a number of calls from people who feel that my remarks [...] seem to indicate that I do not accept Catholic teaching on marriage."

He continued, "It is possible that the manner in which my different remarks appeared may have given rise to false interpretation. While saying that I might have addressed the theme differently, I did clearly say that I was supportive of the basic content of Cardinal [Sean] Brady's position on the bill and of his comments at the recent Ceifin conference."

In this conference, Cardinal Brady, archbishop of Armagh, called on the government to uphold the Constitution by guarding the institution of marriage, and pointed out the need for children to be raised within stable marriages.

The Irish Times quoted Archbishop Martin as asserting that the Catholic Church favors marriage, but is not against other forms of intimacy.

He clarified today: "While stressing, as I have consistently done, the Christian teaching on the mutuality of the sexes as fundamental to the understanding of marriage, I am fully aware of the need to protect the rights of a variety of people in caring and dependent relationships, different to marriage.

"Unfortunately, some members of the public and some public commentators seize on such comments and concern as an opportunity to say that I advocate positions in conflict with Catholic teaching.

"For my part, I regret if my comments may have appeared unclear. On the other hand, the contrived polemic of such commentators does little to promote marriage and its value to society."

The prelate echoed themes from the Irish bishops' conference, which has discussed the civil partnership bill in its last two meetings. According to a press release last September, the conference stated: "As a faithful, exclusive and lifelong union between one man and one woman, marriage is both a relationship of persons and the fundamental unit upon which society is built."

It continued by referencing the bishops' 2005 statement to the government's committee on the family: "It may, in certain circumstances, be in the public interest to provide legal protection to the social, fiscal and inheritance entitlements of persons who support caring relationships which generate dependency, provided always that these relationships are recognized as being qualitatively different from marriage and that their acceptance does not dilute the uniqueness of marriage.

"However, it would seem discriminatory to confine this protection to those in sexual relationships and thereby exclude from protection the interests of siblings and other non-sexually involved cohabitees."

They pointed out that creating an additional category of "marriage like" relationships with the same rights and protections therein would contradict the Irish Constitution's pledge to "guard with special care the institution of marriage."

The official statement of the bishops regarding the bill is forthcoming as they examine its implications for society. However, they have not held back their continued defense of marriage as the Church understands it.