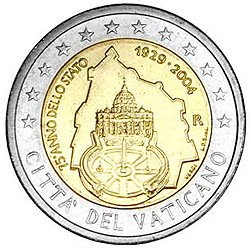 Pope Benedict has appointed Korean economics professor Thomas Han Hong-Soon as international controller for the Prefecture for the Economic Affairs of the Holy See.

As financial controller, Han will be responsible for examining the Vatican's accounts and balance sheets, Zenit reports.

A professor of economics at the College of Business and Economics of Hankuk University of Foreign Studies in Seoul, Han is president of the Catholic Lay Apostolate Council of Korea.

He also participated as an auditor in October at the world Synod of Bishops on the Word of God, warning against inadequate management of the Church's material goods.

"In this sense, the Compendium of the Social Doctrine of the Church can be a valid instrument," he observed. "We need educators who are competent in the field of social doctrine and in the study of the Word of God."

For this reason Han said the Church "must invest human and financial resources in the formation of educators."

"A performative formation in the Word of God demands that the whole Church and all its members must bear witness with actions," the professor continued. "We must understand that people are persuaded more by holiness of life than by intellectual discussion."

In his view, the leaders of the Church "must seriously examine the Church's lifestyles and goods in the light of the Word of God and use every possible measure to promote the [Church's] social doctrine."

In the same way "in negotiating commercial contracts the Church must make sure that they contain principles of justice, sufficient pay for living and good working conditions," said Han.

"Unfortunately, in the past the Church has not always maintained a high standard," he noted.

The professor concluded his speech expressing the wish that the synod would promote "a biblical lifestyle proper to a Church that bears witness to and promotes a performative formation of lay people."

In another story, the Pontifical Council for Justice and Peace said the current market crisis calls for a new international agreement to effectively monitor global financial operations and give poorer countries a greater voice in economic policies, CNS reports.

In particular, steps are needed to curb the abuses of offshore financial institutions, which many see as one of the causes of the financial meltdown, said a statement drafted by the Pontifical Council for Justice and Peace.

In the UK, Birmingham Archbishop Vincent Nichols, said it would take more than financial measures to take Britain out of recession and that the answers were to be found in faith, The Times Online says.

"The Christian faith is a guardian of the true human virtues we need as we begin to live in a time of austerity and hardship", he said in a sermon.

"The root causes of the financial crisis are ethical. Indeed the very term 'credit' comes from 'credere' and indicates that trust and belief are central," said the Archbishop.

Some senior insiders in the banking industry agree with the Archbishop's analysis.

A senior manager told The Times that he believed it no accident that the world's strongest private sector bank, HSBC, criticised in the "good times" for being too conservative but now well placed to survive the crisis, is headed by an Anglican lay preacher, Stephen Green.