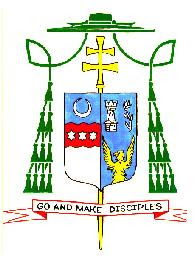 A federal judge has ordered the release of more documents from the Roman Catholic Archdiocese of Portland that may shed light on how church officials responded to allegations that priests sexually abused minors.

The order from U.S. District Judge Michael Hogan on Wednesday was a result of the settlement in 2007 of about 175 lawsuits for $50 million to end the first bankruptcy filing in the nation by a Catholic diocese.

After the settlement, victim advocates and church officials disagreed over how many documents to release.