Rabbi killed in Mumbai had gone to serve Jews 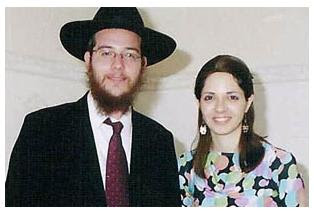 A Brooklyn-based rabbi and his wife who were killed in the siege on a Jewish center in Mumbai had gone to serve Jews living far from their roots, fearing only that he would not be able to help as many as possible.

Rabbi Gavriel Holtzberg and his wife, Rivka Holtzberg, were among the five hostages killed at the center and more than 120 people dead in Mumbai after the attacks by Islamist militants on luxury hotels and other sites in India's financial capital.

Their son Moshe, who turns 2 on Saturday, was rescued by a nanny and has been handed over to his mother's parents.

"After he got married he was looking to make an impact in the world, in the Jewish world, and in his case reach out to people who are really, really far away both literally and spiritually from their roots," said Rabbi Berel Wolvovsky of Maryland, a childhood friend of Gavriel Holtzberg.

"The house was completely ruined from within, mainly from the explosions set off by the Indians," Israeli Defense Minister Ehud Barak told Israel's Channel 1 television.

"They found five bodies -- two women and three men. Some of the bodies were tied up. To judge by the accompanying signs, some of the people were killed a good number of hours previously."

Holtzberg arrived in Mumbai in 2003 to run a synagogue and Torah classes as part of Chabad-Lubavitch Movement, which has thousands of emissaries around the world as serving as rabbis and de facto consuls.

"He was a real mensch (person of honor) and we will miss him very, very dearly," Rabbi Moshe Kotlarsky, who was in regular contact with Holtzberg from the New York headquarters, told reporters, his voice breaking with emotion.

Holtzberg, 29, was born in Israel and moved to Brooklyn with his parents at age 9. His 28-year-old wife, born Rivka Rosenberg, was a native of Afula, Israel.

Israeli officials say the Chabad center, tucked away on a narrow street, was targeted for being Jewish.

"Our world is under attack. There are extremist Muslim elements who do not accept our values or our existence," Israeli Foreign Minister Tzipi Livni said in Jerusalem.