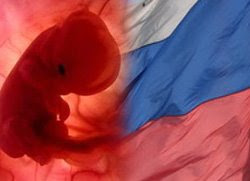 Authorities in the southern Russian city of Novorossiysk have scheduled a “week without abortion” in an effort to combat the country’s extremely high abortion rate.

During the weeklong event that began on Monday, doctors will not perform abortions in all but “the most extreme cases,” RussiaToday.com reports.

The city’s maternity welfare center will hold open houses with information seminars on family planning as psychologists and gynecologists work with pregnant women to help prepare them for motherhood.

A hotline for pregnant women will also operate during the week, putting them in contact with gynecological experts in Novorossiysk.

“Doctors will do everything they can to stop women from doing the irreparable,” a city administration representative told RussiaToday.com.

The city’s universities will also screen films demonstrating the detrimental effects of abortion.

Further, about 10 to 15 percent of abortions in Russia have complications, leaving about 8 percent of women sterile.

Novorossiysk’s “week without abortion” was timed to coincide with the Russian Day of Motherhood, scheduled annually for the last Sunday of November.

City authorities have also dedicated a day to “child making,” ensuring people a shorter work day once a year to improve the demographic situation in the country.

The Russian government declared 2008 to be the “Year of the Family” to combat demographic decline. What RussiaToday.com called the “propaganda of abortions and their advertising” has recently been banned in the Russian media.