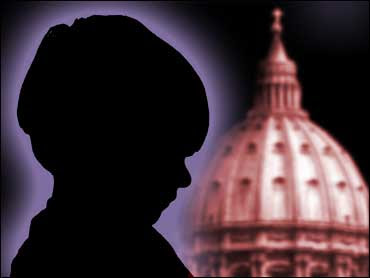 A US Court of Appeals judge has ruled that a law suit may proceed against the Vatican alleging that Church officials should have warned of child sexual abuse by priests.

The Australian reports the Vatican had tried to block a class action alleging that it orchestrated a cover up of sexual abuse by clergy with the argument that it was protected by laws granting sovereign states immunity from most US civil proceedings.

Central to the case is a 1962 Vatican mandate, which outlined a policy of "strictest" secrecy regarding allegations of sexual abuse by clergy and threatened those who spoke out with excommunication.

A US federal appeals court ruled the case brought by three Kentucky men can proceed because exceptions in the law allow the Vatican to be held liable for the actions of Church employees acting within the scope of their employment in the United States.

"The portions of plaintiffs' claims that are based upon the conduct of bishops, archbishops and Holy See personnel while supervising allegedly abusive clergy satisfy all four requirements of the tortious act exception," Circuit Judge Julia Smith Gibbons wrote in a 20 page ruling.

The Vatican cannot, however, be held liable for the actual abuse because these acts "were not done while ... acting within the scope of their employment," Ms Gibbons wrote.

Jeffrey Lena, the lawyer for the Holy See, described the ruling as "very incremental" and noted it does not establish whether Vatican policy contributed to the allegations of thousands of incidents of abuse by Catholic clergy.

"We're miles away from liability," he said.

The ruling was hailed as a potential breakthrough by abuse victims.