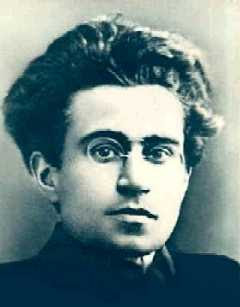 The founder of the Italian Communist Party, Antonio Gramsci, reverted to Catholicism on his deathbed, according to the Vatican.

Archbishop Luigi De Magistris, former head of the Apostolic Penitentiary of the Holy See, which deals with confessions, indulgences and the forgiveness of sins, said Gramsci had "died taking the Sacraments".

"He returned to the faith of his youth," he told Vatican radio.

De Magistris said he had asked the nuns attending him in hospital to let him kiss an image of the infant Jesus.

He said rumours that Gramsci had reverted had never until now been confirmed, and the Italian Left had also remained silent on the issue.

"But that is how it was" he told Vatican Radio. "Gramsci returned to the faith of his infancy".

He also said Gramsci had a picture of Saint Teresa in his room in the clinic where he was recovering and never asked for it to be removed.

Gramsci, who came from Sardinia, studied in the northern industrial city of Turin as trade unions were emerging. He became a Marxist journalist, supporting workers' councils which sprang up in Turin during the strikes of 1919 and 1920.

A founding member and leader of the Communist Party of Italy, he was imprisoned by Mussolini's Fascist regime.

De Magistris also recounted another episode in the last years of Gramsci's life.

"During his last illness, the nuns of the clinic where he had recovered were taking a picture of Jesus to the sick for them to kiss," he said.

"They did not take it to Gramsci. He said: 'Why didn't you bring it to me?' They then brought the picture of the baby Jesus and Gramsci kissed it."

But Giuseppe Vacca, president of the Gramsci Institute, said there was no documentary evidence to support the Vatican claim about Gramsci.

"The documents we have at our disposal do not confirm or substantiate the theory of a late conversion," he said.

"On the contrary, there is conspicuous documentation of Gramsci's last hours, showing he did not make the smallest gesture of this kind.

"There's a letter of Tania's - his sister-in-law who helped him - where she spoke about Gramsci's death without saying a thing about this. There is no reference or police documents about conversion or sacraments."

Vacca said he could not exclude the possibility of other documents to support the Vatican's view.