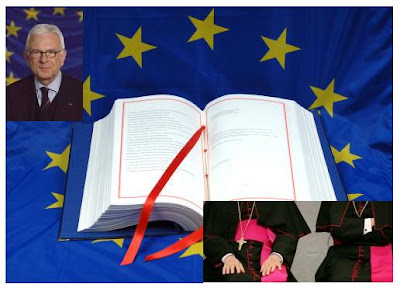 European Parliament President Hans-Gert Pottering yesterday attended a meeting in Maynooth with the Irish Catholic bishops at which they had a private exchange of views on Ireland's future role in the European Union.

Afterwards, Archbishop of Dublin Diarmuid Martin told a news conference that Mr Pottering, who had requested to meet the bishops, expressed confidence in Ireland's commitment to the European ideal.

"President Pottering did not get involved in second-guessing or self-fulfilling prophecies as to whether there would be a second referendum, or what would happen if that referendum went one way or the other," said Archbishop Martin.

Dr Martin said that the Irish Episcopal Conference had no idea what exactly the Government had planned for going forward with addressing the Lisbon questions.

"When we have some idea about what that will be, we will think about whether it is appropriate to issue another statement on Europe," he said.