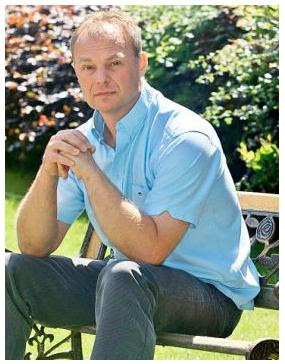 A Christian policeman who objected to the ‘aggressive’ promotion of homosexual rights within the Norfolk Constabulary in the UK has lost a disciplinary hearing brought against him by his police force.

Constable Graham Cogman, who had previously threatened to take Norfolk Police to an employment tribunal, had taken offence at the large number of posters advertising gay events.

"The blatant support for homosexual rights in Norfolk Police makes being a Christian officer extremely difficult," he told the Mail on Sunday in July.

Mr Cogman has refuted any allegation that he is 'homophobic', arguing that he only sought equal space for the Christian viewpoint in the Police.

Sounds as though he's flying a kite.

If he wants an easy life as a Christian, he should not meddle with the real world. Am not too sure where he could go or what he would do because even if he joins a religious order, there'd be a struggle against his own selfishness and depression.

As I write it occurs to me that a non-involved priest in his presbytery, with food, heating, shelter and car allowance for free, a modest income for personal needs, private health insurance for his care when sick, guaranteed employment, generous holidays and time off, a position of (some) respect in the community - maybe this would suit?

I must emphasise that the key to this is the "non-involved" bit; being a priest can be hard work.