Cleveland nun arrested in protest at military base in Georgia 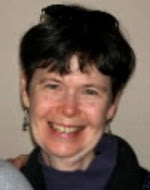 An Ursuline College art professor says the spirit of her fallen sister murdered in El Salvador guided her footsteps as she walked onto the grounds of Fort Benning in Georgia Sunday.

Sister Diane Therese Pinchot, 63, was one of six people arrested on charges of trespassing in act of civil disobedience to protest a U.S. training facility for Latin American military.

Thousands gather each November outside Fort Benning to call for the closing of the School of Americas, now known as the Western Hemisphere Institute for Security Cooperation.

Some of the guardsmen convicted in the 1980 rapes and murders of Sister Dorothy Kazel of the Ursuline Sisters of Cleveland, lay missionary Jean Donovan of Cleveland and Maryknoll Sisters Maura Clarke and Ita Ford were trained at the School of Americas.

After being released on bail for the misdemeanor, Pinchot said Monday she was "acting on conscience alone" when she walked on the grounds of the Army base.

But the spirit of Kazel and the other murdered missionaries was with her.

"Oh my gosh, yes, her spirit, the spirit of those who were killed," she said. "It was one of the most profound experiences of my life, standing there in nonviolence ... bringing her voice and her love of the people of El Salvador to the 21st century."