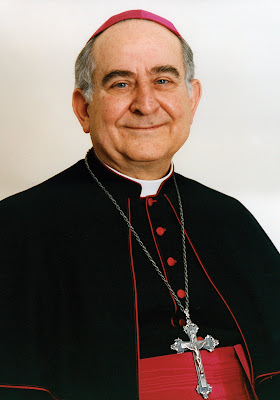 The Israeli authorities on Sunday barred Papal Nuncio Archbishop Antonio Franco from leading a mass with the local Christians at a church in Gaza, sources said.

The archbishop, who is also the apostolic delegate in Jerusalem and Palestine, has been in Palestine for almost three years.

The incident is the first of its kind. “The trip is not of a diplomatic kind,” Father Humam Khzouz, a Jordanian priest based in Palestine, who was accompanying the archbishop on his trip, said over the phone from Jerusalem on Monday.

“It was largely a spiritual mission to celebrate a mass with the locals who were looking forward to spending holy time with the archbishop,” he told The Jordan Times. At the moment, the parish in Gaza is vacant since its priest Monsignor Manuel Mussallam was allowed to visit his family in Birzeit after spending eight years in Gaza.

It was also the first time the 300 worshippers at the “Holy Family” church were left without a Sunday mass.

“This is a disrespect to all diplomatic ties between Israel and the Vatican, as well as a violation against the rights of the Christians in Gaza, who have the right to hold their rituals freely,” Amman-based Roman Catholic priest Rifat Bader told The Jordan Times.

Father Khzouz said: “I, along with the three priests, have service passports which allow us to travel without previous arrangements with the Israeli authority.”

On the other hand, he added, the archbishop has an official diplomatic passport accredited from the Israeli foreign ministry.

Nevertheless, contacts were held with Israeli officials from the foreign ministry three days prior to the papal nuncio’s visit to Gaza.

“We were standing there [at the Erez Crossing] barred from entering Gaza while the UN, Red Cross and other officials were permitted in and out of the strip,” Father Khzouz said.

Unfortunately, the Israelis give every appearance of knowing exactly what they are doing.

This ia a truly grave violation of diplomatic courtesy and protocol.