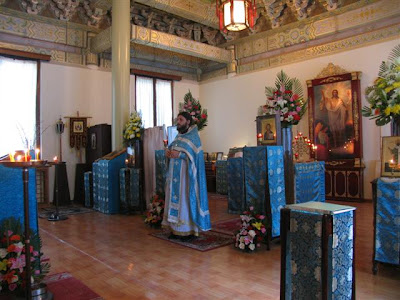 Russian Orthodox theological schools are ready to train Orthodox students from China whose Orthodox Church is independent from Moscow, Metropolitan Kirill, chairman of the Department for External Church Relations of the Moscow Patriarchate, said.

At present, there are no Chinese Orthodox priests in the People's Republic of China whilst the number of Orthodox believers in the country is believed to be around 15,000, the metropolitan explained.

The Chinese Orthodox Church was granted autonomy by the Synod of the Russian Church in 1957, but it has not had a primate since the death of bishop Vasily of Beijing in 1962.

The Synod stated in 1997 that Patriarch Aleksij II of Moscow and All Russia would carry out canonical care for the parish of the Orthodox Church in China.

“Russian Church is unambiguously interested in the restoration of an independent Orthodox Church in China, but as the Mother Church it is ready to send Russian priests to China as an interim measure,” he added.