Self esteem vital to reduce self harm, says Hook 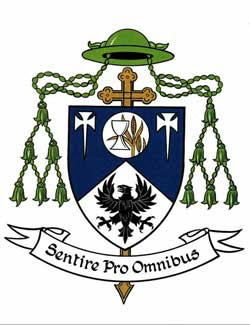 We must give children self esteem to stop them harming themselves, George Hook told a packed audience in Kildare at the launch of ‘Need to Talk?”, a programme by the diocese of Kildare and Leighlin to reduce self destructive behaviour.

Suicide begins at seven, not seventeen or twenty seven, he said.

Describing it as a “cancer in society” Mr Hook said that the same resources and advertising should be spent ‘assaulting suicide’, as is spent trying to prevent road deaths.

He said he believed that people drifted in to suicide, in many cases, without planning it, and described his own attempt at taking his life in 1984.

“When I came to the end of Dun Laoghaire peer it was easy to take off my jacket and trousers and look out into the dark water. ‘If I take the step , tomorrow the 23 banks chasing me for money won’t be there,’ I thought. Why did I reach the point that ending my life was preferable to living it?” he asked, and answered “I had no self esteem.”

Mr Hook said that what brought him back from the brink, was the thought of his children, who were teenagers at the time. “If people thought of the collateral damage, they wouldn’t do it,” he said.

The key thing, was to have someone to talk to. “In my case it was Simon, a close friend.” The day after his walk down Dun Laoghaire peer, he met Simon for a drink and confided in him. “He listed all the qualities I possessed as a man, as a husband and father, in other words, a reason for living.”

Everybody has a friend, said Hook, but sometimes the vital friend did not listen, but talked. “In every aspect of our lives we have to work on people in terms of accentuating the positive,” he added.

Mr Hook said that he had deemed himself a failure, because he had failed in business. But a second turning point came when RTE offered him a job.

“One Friday afternoon I was waiting for the ESB man to come to cut the electricity when RTE rang me to offer me a job for £25.”

He encouraged parents not to be concerned about setting targets for their children. “As parents we have to say to our children: ‘It doesn’t matter what you are doing once you enjoy it.’”

He also highlighted the importance of being there for children at the important times of their lives.

“We have to demonstrate that we are ready to make sacrifices for them,” he said.

"In his own case, although his wife was working, she had always cooked a family meal for the children in the evening time. If we had a problem, 90 per cent of the time they would go to their mother. But if it was a ‘life and death issue’, they came to me, because they knew I had been down that path.”

He admitted that he had not been around for the children much, describing himself as “irresponsible”, but when there was a school play, or parent teacher meeting, “I would come hurtling through the door and they would know that I took three airplanes, a train and a taxi to get there.”

Mr Hook said he was furious that suicide was not given the resources it needs.

He praised the initiative of the diocese of Kildare and Leighlin, saying the Church was giving real leadership.

This weekend 10,000 ‘Need to Talk?’ cards, which give the numbers of two helplines, Aware and the Samaritans, will be distributed in the diocese’s fifty six parishes as part of its ‘Reach Out’ campaign.

Speaking at the launch on Friday, Bishop Jim Moriarty said that asking for help was not a sign of weakness, but of strength.

Self harm, was not just about suicide, but also abuse of alcohol. “Along with the obvious unhappy consequences, alcohol abuse is also understood to be a significant factor in the downward spiral leading towards suicide in many cases,” he said.

“I think it is true to say that as a society, the comforts of our recent prosperity have diminished our shared wisdom for coping with the ebbs and flows of life. There is a real need in today’s society not to measure who we are in the narrow terms of success and failure. Not to condemn ourselves all too quickly as somehow being beyond redemption."