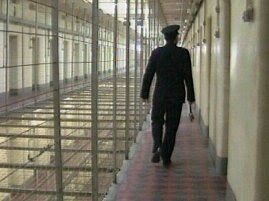 Prison chaplains say the prison system is dysfunctional and is faltering from one crisis to another.

It says mentally ill people are still being put in prison and no significant progress has been made in the last 25 years.

The report also criticises the building of more prison places and says imprisonment has been virtually the only response to crime.

The prison chaplain's report paints a picture of a Dickensian prison system where significant numbers of inmates walk aimlessly around prison yards or sleep through the best part of the day in violent drug infested institutions with little hope of rehabilitation.

The chaplains say that more prisoners are seeking protection and serving sentences on almost constant lock-up. The report highlights the lack of drug treatment available to inmates many of whom become drug addicts in prison.

And it is highly critical of the imprisonment of children.