New cardinals of the Catholic Church 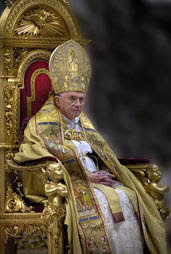 Pope Benedict on Saturday elevated 23 Roman Catholic prelates to the position of cardinal, including 18 who would be able to enter a secret conclave to elect his successor in the event of his death.

14. Cardinal Stanislaw Rylko (Polish), President of the Vatican's Pontifical Council for the Laity.