Moving the church into the future 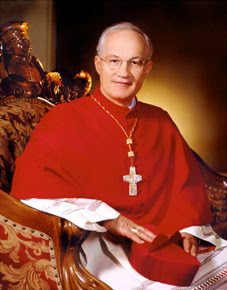 Cardinal Marc Ouellet took Quebec by surprise with his letter asking forgiveness for the past wrongs of religious and lay members of the Catholic Church in the province, including bishops.

It is an impressive, bold and courageous statement, and recalls Pope John Paul II's plea for forgiveness in 2000.

The cardinal's statement is unprecedented; he was speaking not only as a bishop but also as primate of Canada.

The prelate's letter acknowledges that much damage was done and offence given by the narrow attitudes of some church members, including leaders.

These attitudes fostered racism, an insensitivity to women, an unChristian treatment of homosexuals, Jews and natives, and a regrettable undue exercise of power over individuals in the area of employment or even in the intimate choice of family size.

Members of the church erred on many levels, but perhaps the most serious sin in the years of the grande noirceur was the willingness of priests, nuns, bishops and even lay Catholics to collude with power on every level - political, economic and cultural.

They might have placed their bets on accruing advantages to the church through this route, but in the long run the consequences were serious.

Ouellet mentioned some of the offence given to Quebecers, but there were also serious consequences for the church. It lost an awareness of what it was and what was its mission to society.
It is noteworthy that the church in Quebec never really recovered from its own noirceur.

From the 1960s, it continued to become increasingly irrelevant at the same time that it tried so hard to be relevant.

But this was not easily accomplished without a sense of self-awareness.

And so the Catholic Church in Quebec finds itself still looking for a meaningful role in society that some have called post-Christian.

On the other hand, the low level of discourse among some of the interveners at the Bouchard-Taylor Commission is a sign to us that perhaps Quebec society has also hit a low.

There seems to be an absence of ideals and a consequent loss of hope for the future.

The question is, does the church really have anything new to say to Quebecers?

Ouellet's answer is a resounding "yes." He doesn't talk of grand schemes but points to 14 men and women from Quebec who were beatified by John Paul II. These saints "marked the history of our society."

He laments that they are no longer well-known. They can be a paradigm for the men and women of the church in Quebec society today.

The alternative is to do what the church in Quebec has done for the past couple of generations - continue with statements that no one is really listening to and pretend that it is relevant; or to gloat over the fact that catechism instruction has picked up in parishes without realizing the importance of presence in the schools.

The cardinal asks for the right of parents to have their children taught their own religious tradition in the schools.

Ouellet's statement is a challenge to his own church members. He asks them whether they want to continue to stay in the catacombs pretending everything is just fine, or to be present in society once again with something truly new to say to the men and women of our times.

Where does one start?

Ouellet chooses to begin with a simple action. He recognizes the sins committed by members of the Catholic Church, and with great contriteness asks for forgiveness.

He emulates the man who ordained him bishop, John Paul II, who once noted that forgiveness is to recognize the essential.

We are not talking "let's kiss and make up and forget the past" here.

Ouellet is asking Catholics to do real soul-searching.

He is also asking Quebec society, including many Catholics, to forgive the church.