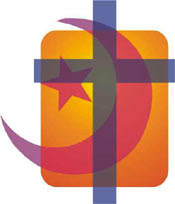 The Vatican plans to respond positively and very soon to an appeal by Muslim scholars for an unprecedented dialogue between Christianity and Islam, Roman Catholic cardinals and Islam experts say.

The Catholic Church, representing more than half the world's two billion Christians, has not yet officially answered the call made last month and hailed by most other Christian leaders.

But cardinals in Rome and Vatican officials told Reuters many Catholic leaders wanted a serious dialogue with Muslim leaders to help overcome misunderstandings.

"The Vatican will respond positively, and quite soon," said Dakar Cardinal Theodore-Adrien Sarr, whose homeland Senegal is 95 percent Muslim. "We will not miss this opportunity."

"Watch out for this week," said a veteran cardinal, who asked not to be named. The prelates were in Rome for a ceremony to install 23 new members of the College of Cardinals.

"This is a significant step," he said of the Muslim appeal. "I remember that only a few years ago, we regretted there weren't any Muslim leaders who could take a public stand, for example against terrorism."

"This is an opportunity the Lord has given us and put into the hearts of people to work together," Mumbai Cardinal Oswald Gracias said. "All of us (cardinals) are very happy."

The appeal in October by 138 scholars representing a large majority of Islamic views invited Christian leaders to a dialogue based on their common belief that love of God and neighbour is the cornerstone of their religions.

It was unprecedented because Islam has no central authority to speak for all believers, especially not the silent majority that does not agree with radicals whose preaching of jihad and rejection of other faiths often dominates the headlines.

Sarr said the Vatican planned to invite a small group of the scholars who signed the appeal for exploratory talks on the way forward. "There will be a meeting with them to clarify what they want to do," he said. "After that, we'll see what we can do."

Many Christian leaders promptly gave positive responses, but the Vatican's top official for relations with Islam - Cardinal Jean-Louis Tauran -- had expressed doubt both faiths could agree on such issues as God, love and how to read sacred scripture.

In the meantime, leading Catholic experts on Islam lined up to welcome the Muslim initiative, leaving Tauran - whose doubts echoed reservations about Islam expressed in the past by Pope Benedict - looking increasingly isolated.

The Vatican can make or break this initiative. With 1.1 billion followers, Catholicism alone has almost as many followers as Islam's 1.3 billion. A dialogue between Muslims and only the other Christian churches would be incomplete.

Aref Ali Nayed, a signatory of the appeal, said the Muslim scholars understood the Vatican took time to respond and that a positive response "would be a clear sign of hope for the world."

Nayed noted that 300 mostly Protestant leaders in the United States had recently supported their call.

Catholic experts on Islam said the Vatican's reservations were complex theological issues such as whether Christians and Muslims had the same vision of God.

But they said there was so much misunderstanding between Christians and Muslims about what each other believed that a serious dialogue about them would help improve relations.