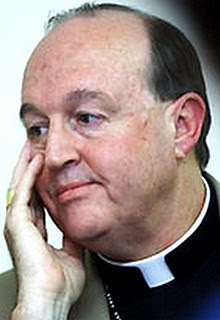 Australia's Catholic Bishops have offered their prayers and congratulations to Kevin Rudd and the ALP, following the party's landslde victory in Saturday's Federal Election.

Urging the incoming government to commit to governing in the interests of the common good, Bishops' president Archbishop Wilson said the election result shows a "clear mood for change."

"At moments of historic change in the nation, we can do well to take a moment to stop and reflect on where this change will carry us," Archbishop Wilson said in a statement released yesterday.

"It is our hope, the Rudd Labor Government will grasp the opportunity to pursue policies which integrate the pursuit of economic prosperity with social justice and an overriding concern for life and the human dignity of all Australians,’ he said.

Archbishop Wilson said he hopes the new government will be guided by "wisdom, justice and integrity".

"The measure of this will be particularly evident in policies which affect the most vulnerable, including our indigenous brothers and sisters, refugees and asylum seekers, people with disability and their carers, and vulnerable employees in the workplace,” he said.