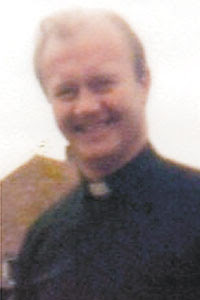 AN Irish priest who admitted sexually abusing altar boys in Britain faces up to 40 years in prison. Father John Benedict Corrigan was extradited to Britain from Galway earlier this year to face court for molesting boys aged 8 to 13 between 1967 and 1972.

Newcastle Crown Court was told the 71-year-old abused one boy aged between 12 and 13, another aged eight and a third aged between 10 and 11.

While the victims initially suppressed what had happened to them, one made a statement to police and inquiries led to others giving accounts of abuse.

The case was brought by Northumbria Public Protection Unit (PPU) officers who escorted the priest from Ireland on October 24 after a hearing in Dublin.

An initial hearing to extradite him failed, but after an appeal, another court ruled he should be taken back to Britain. Known as Fr Ben, Corrigan worked in parishes across Tyneside and Co Durham, according to local newspaper the Chronicle. He also worked in America and moved to Galway in 1994 where he served in Ballyconneely until 2001.

As Judge David Hodson adjourned for further information, he told Corrigan: “All sentencing options will be open to the court.”

The priest answered “guilty” as the clerk read out each charge and was further remanded on conditional bail. He was ordered to register as a sex offender. The length of time he must remain registered will be fixed when he is finally sentenced on December 17.

Detective Inspector Shaun Tumelty, head of the PPU, said: “We have worked with the Catholic Church for a number of years, carrying out reviews. Officers have worked to bring a successful conclusion to the inquiry on behalf of the victims.”

I served as an alter-boy to this guy!

I too served as an altar boy to this creep in Newcastle. Once, after evening Mass, out of the blue he invited me into the priest's house for a cup of cocoa. Being a shy child and being surprised this unexpected invitation, I declined and scurried off home. Talk about a narrow escape!

Does anyone know if Fr. Ben has been released from prison?