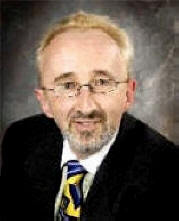 A Roman Catholic Priest was beaten by a Deputy Superintendent of Police.

The incident occurred just before noon on Nov.21 in the town of Alappuzha, in Kerala, India.

According to a report from the Salem Voice News Service (SVM News), Rev. Edward Puthanpurackal fell to the ground after being beaten by the law enforcement official.

Puthanpurackal and other activists were protesting the delay in completion of repairs of the Chethi bridge by lying on the road.

SVM News reported an official told the news service that protesters had been told they could march, but not lie on the road.

However, they went ahead anyway and were arrested.

As a result, a KCYM worker told SVM News, the group organized another rally-this one to protest the arrest of the activists and the beating of Puthanpurackal.

SVM News reported the Vijayapuram Catholic Diocesan Council condemned the beating and arrest of Puthanpurackal and the KCYM activists.