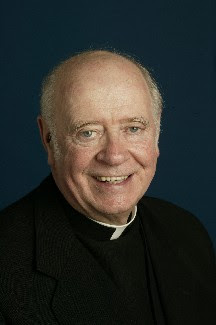 One of Ireland's leading Catholic churchmen has suggested that turbulence on the Irish Stock market marks a good time for a religious comeback.

The Archbishop of Cashel and Emly, Dermot Clifford, said a good starting point for a more materialistic Ireland to return to the "Island of Saints and Scholars" would be attendance at Sunday Mass.

"The Irish people were famous for their devotion to the Mass and their attendance, even during penal times, when such faithfulness involved high risk to livelihoods and even to life itself," he said.

Preaching at Cardinal Sean Brady's first Mass as a Cardinal in the Basilica of St John Lateran, Dr Clifford noted that stocks and shares had come in for a battering over the last few weeks, in what was described as a "loveless" stock market.

"Obviously this love affair between investors and the markets is cooling somewhat," he said.
"Irish investors are nursing losses of over €8bn last week alone," he added.

"While one hopes that our economy can turn around these huge losses, now might be the moment when the 'Island of Saints and Scholars' begins to make a come back."

Noting that the Irish Church had taken "a bashing" in recent times, Archbishop Clifford welcomed the generous recognition of political leaders of Cardinal Brady's role in the peace process in the North.

"This in itself is both unprecedented and most welcome," he said.