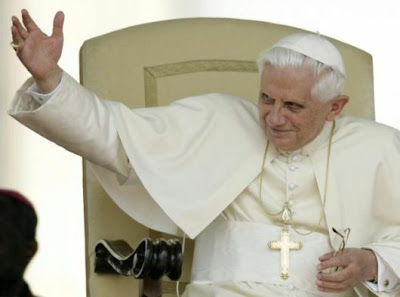 Every effort must be made to stop the spread of Aids and contrast the “scorn” of those who suffer from it. That was Benedict XVI’s appeal today ahead of December 1st World Day against Aids.

“I am spiritually closet o all those who suffer from this terrible disease and to their families particularly affected by the loss of a loved one – said the pope at the end of the audience.

“I am asking all people of goodwill to multiply efforts to stop the spread of the HIV virus, to oppose the scorn that often strikes those affected and to take care of the sick, especially the children”.

Before his appeal in an address to the eight thousand present in the Vatican Audience hall, Benedict XVI affirmed that Christianity is not a “a European religion that produced European culture” as some sources tend to define it: the reality is “much more complex, given that the roots of Christianity lie in Jerusalem and then Asia and that its expansion in the first centuries brought it into contact with the Greek and Latin world in the west but also towards the east, Persia and India, living life to a “Christianity of a different culture”, but based on a common faith.

Illustrating this “cultural diversity from the very outset” today the Pope traced the figure of Ephrem the Syrian, a IV century theologian. The Pope underlined that his catechesis followed on from last week’s dedicated to Aphraates “the wise”, a Syrian “master” also from the VI century.

Ephrem, defined as “the most important representative if Christianity in the Syrian tongue” of that “cultural diversity”. Thus in this Syrian master “poetry and theology meet, reflections on the faith that become liturgy and music”.

Ephrem’s theology is “mostly presented in poetical form, which allows him to use paradoxes and imagery” and at the same time his theology becomes liturgy and music so much so “that he was honoured in tradition with the name zither of the Holy Spirit”. Concluding Benedict XVI recalled that he was the author of prayers in which “the liturgical character exalts Divine Truth in all of its beauty”.