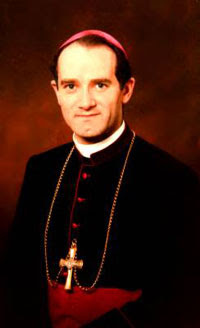 The Society of Saint Pius X whose ultratraditionalist bishops were recently rehabilitated by Pope Benedict XVI will not accept the reforms introduced by the Second Vatican Council, the head of the order has told a Swiss paper.

Monsignor Bernard Fellay told the daily Le Courier on Thursday that the Council has caused the Catholic Church ''only damages''.

''The aftermath of the Council has been to empty seminaries, nunneries and churches. Thousands of priests have left their orders and millions of faithful have stopped being practicing Catholics and have joined sects''.

''If these are the fruits of the Council, they're strange indeed''. The Society, he said, is not willing to negotiate on the Council when it begins preliminary talks on rejoining the Church on a number of doctrinal issues.

''The Vatican has acknowledged the need for preliminary talks aimed at dealing with basic issues which stem from the Second Vatican Council. Making the acceptance of the Council a preliminary condition is putting the cart before the horse,'' he said.

There was no immediate comment from the Vatican nor from the Ecclesia Dei - the body tasked with negotiations with the Society - on Fellay's interview.

Earlier this month, Fellay said the negotiations with the Vatican would be ''a complex matter which cannot be settled in a brief time'' and especially ''not until the media hullabaloo is over''.

He was referring to Holocaust-denying bishop Richard Williamson, whose rehabilitation caused a rift between the Vatican and Jews.

He said the Society would continue to ordain priests as usual because the Church had not specifically ordered it to stop doing so when it lifted the excommunication on the four bishops on January 21.

The Society was set up by the late dissident French Archbishop Marcel Lefebvre, an ultratraditionalist who rebelled against the reforms established by the Second Vatican Council of 1962-65.

Among the changes was the shift from the 'Tridentine' or Latin Mass towards ceremonies held in modern languages.

This change particularly outraged Lefebvre, who saw it as a betrayal of the Catholic Church's identity.

Lefebvre, who died in 1991, was excommunicated in 1988 along with the four bishops he ordained without permission from the Vatican.

The Society of Saint Pius X was the only group to break away from the 1.1-billion strong Roman Catholic Church since the reforms of the early 1960s.

Despite its lack of official status the Fraternity is present in 59 countries and counts 453 priests and four bishops.