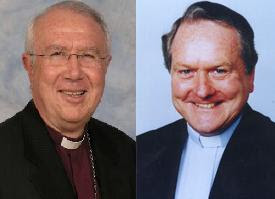 THE Vatican has put a stop to a joint Pentecostal service planned by the Newcastle and Maitland Catholic and Anglican bishops.

The confirmation service was scheduled for May 31 at Christ Church Cathedral, and was promoted as a "very exciting and special" event.

Parishes encouraged church members to consider being confirmed on that day.

But Rome intervened, forcing its cancellation, citing the possibility of "confusing messages" being given to churchgoers.

It is unclear how the headquarters of the Catholic Church learned of the service, as no formal notification was given.

It is a blow for the two bishops, as well as Bishop David Walker of the Catholic Diocese of Broken Bay, who together signed an agreement last year called the Tri-Diocesan Covenant to work towards common goals.

It committed the dioceses to improve relations between the Catholic and Anglican communities.

The "request" was made by the Vatican Congregation for Divine Worship and the Discipline of the Sacraments, which is the central governing body of the Catholic Church handling most affairs relating to official public worship.

In a joint statement, the Right Reverend Brian Farran, Anglican Bishop of Newcastle, and the Most Reverend Michael Malone, Catholic Bishop of Maitland-Newcastle, said the congregation had "expressed concern about a simultaneous celebration and the possibility of confusing messages being given to the people".

In the statement, Bishop Malone said he believed that since a similar celebration had been held in England in 1989, a precedent had been established, and he apologised to those who would have been involved.