A good start but Church still has long way to go 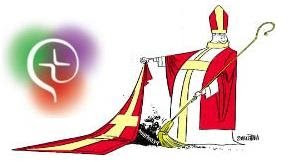 The first annual report of the National Board for Safeguarding Children in the Catholic Church, a copy of which will be sent to each diocese in the coming weeks, was published yesterday.

It highlights both the shortfalls in practice that have been so prevalent in the past, and also the good practice where it does occur, underscoring the fact that all dioceses, according to evidence gathered by the board, are now in full accordance with nationally agreed standards of practice.

The report also states that 56 allegations of abuse -- of varying levels of seriousness -- were reported to the relevant authorities last year by the Church.

The board has published new guidelines on protecting children, and lays out new procedures in terms of reporting incidents of suspected abuse which all dioceses and congregations should adhere to.

The main question this publication raises is: why should we care? The National Board is a Church body, and therefore the newly published report is simply an example of the Church patting itself on the back. For an agency that has suffered some spectacularly bad press in recent weeks and months, this is surely to be expected: any opportunity to put a positive spin on things must be grabbed with both hands.

It is, of course, admirable that the Church is taking steps towards tightening up its policies, but, then, the Vatican has stated for a number of years that its priests must act in full accordance with existing child protection legislation.

All organisations who come in contact with children are expected to have guidelines to govern this contact, but then, as Bishop Magee stated recently, guidelines are not legally binding, and can therefore be ignored.

Are these fresh policies simply another list of aspirations that will be quickly shelved, rarely to be looked at (and certainly never to be acted upon) by the more old-school members of the clergy?

Are there not still those in the Church who remain doggedly determined to keep their dirty linen private, and perceive doing business with groups such as the HSE or the gardai as a sign of weakness?

This may indeed be the case, but we need to pay close attention to the contents of this report and guidelines, even if we have not darkened the doors of a church in years.

Why? Because of the legal findings in the case of Louise O'Keeffe. Ms O'Keeffe took legal proceedings against the State for costs when she won a case against the principal of her primary school, who abused her when she was eight years old.

Justice Niall Fennelly found, on appeal, that the State was not liable for the actions of the principal, as he was employed by the trustees of the school in question -- it was these trustees, then, who were responsible.

In 95pc of the schools in Ireland, the trustee is the local bishop -- in other words, when our children go to school, they step out of the care of the State, and into the arms of the Church.

What is mind-boggling about this state of affairs is that it echoes the situation in Ireland before the Kilkenny Incest Case, and the development of the Childcare Act, 1991.

This Act revolutionised child protection by placing the primary responsibility for the welfare of children on the State's shoulders.

Now the State has side-stepped its legal -- and moral -- obligations, and handed the wellbeing and safety of children right back to the Roman Catholic Church, a body that abused this responsibility shamefully for decades.

Yet times have changed, and the report states categorically: "The Board aims to support the Church in becoming an exemplar for best practice in the field of safeguarding children. It is our firm belief that the Church can achieve this and be accepted internationally as promoting excellence in this field."

The Church has a lot of ground to make up.