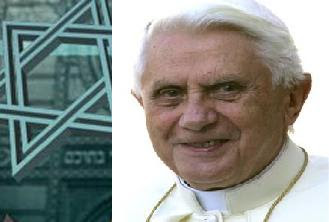 The Vatican said on Friday that an apology by traditionalist bishop Richard Williamson, who denied the full extent of the Holocaust, fell short of meeting the Holy See's demand for a full and public recanting of his position.

Following is a timeline of recent events.

1964 Pope Paul VI becomes the first modern pope to visit the Holy Land but this does little to improve relations. He never utters the word Israel during the trip to the Jewish state, which the Vatican did not recognise at the time.

1965 The Second Vatican Council issues a document "Nostra Aetate" ("In Our Times"), repudiating the notion of collective Jewish guilt for Jesus Christ's death for the first time.

1986 Pope John Paul II becomes the first pope since the days of the early Church to visit a Jewish place of worship when he enters Rome's synagogue. He calls Jews "our beloved elder brothers."

1998 The Vatican apologises in the document "We Remember, a reflection on the Shoah" for Catholics who failed to do enough to help Jews against Nazi persecution. It also defends wartime Pope Pius XII from accusations that he ignored the Holocaust. Jews welcome the condemnation of anti-Semitism but say it fails to account adequately for the role of Catholic teachings in spawning it and criticise its defence of Pius.

2005 New Pope Benedict XVI visits the Cologne synagogue. The appeal by the head of the Jewish community there to open all Vatican archives concerning World War Two shows that Pius XII remains an obstacle on the road to reconciliation. Pope John Paul had put Pius on the road to sainthood.

December 2007 Moves to make Pius a saint are delayed as Benedict has said he wants to review older documents from World War Two and study new ones that have come to light.

February 2008 Pope Benedict orders changes to a Latin prayer used by traditionalist Catholics for Jews at Good Friday services. Jews criticised the new version because it still says they should recognise Jesus Christ as the saviour of all men and it keeps an underlying call to conversion.

November 2008 Benedict pays tribute to Pius XII. Benedict has so far not approved a decree making him a saint, opting instead for what the Vatican has called a period of reflection.

January 2009 Israel criticises Cardinal Renato Martino, president of the Vatican's Council for Justice and Peace, after he criticised Israel over its offensive in the Hamas-ruled Gaza strip, calling it a "big concentration camp."

* The pope lifts the excommunication of four traditionalist bishops, thrown out of the Church in 1988 for being ordained without Vatican permission. The four bishops lead the ultra-conservative Society of Saint Pius X, which has rejected modernisation of Roman Catholic worship and doctrine.

* One of the four bishops, British-born Richard Williamson, has made several statements denying the extent of the Holocaust.

* In late January Pope Benedict tried to heal the rift by expressing his "full and unquestionable solidarity" with Jews.

February 2009 German Chancellor Angela Merkel calls on Bavarian-born Pope Benedict to make clear he did not tolerate any denial of the Holocaust in unusually strong words, which draws a sharp response from the Vatican.

* The Vatican orders Williamson to publicly recant his views if he wants to serve as a prelate in the Church.