Only 3pc of primary schools are owned by State 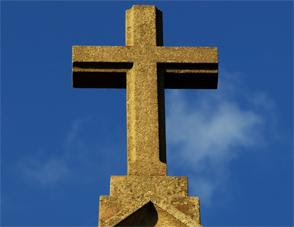 Labour will ask that schools be handed over free of charge because the Church paid just €128m towards the €1.1bn cost of compensating sex abuse victims

THE State owns less than 3pc of the country's 3,200 primary schools while Ireland has one of the highest percentages of privately owned primary schools in the world, new figures reveal.

A major political row is now set to erupt after it emerged the State legally owns just 83 primary schools across the country.

The vast majority of the schools -- almost 3,000 in total -- are in the possession of the Church.

The remainder are privately owned.

Education Minister Batt O'Keeffe will come under pressure in the Dail today to begin talks to arrange an "orderly handover" of the title deeds of the Catholic-owned schools to the State.

Labour education spokesman Ruairi Quinn will ask that the schools be handed over free of charge because the Church paid just €128m towards the €1.1bn cost of compensating victims of sex abuse by religious.

His demand comes as a price list of many of the properties involved in the €128m is published by the Irish Independent for the first time today.

Mr Quinn last night said a free handover would make up some of the shortfall in the Church's contribution to the Residential Institutions Redress Board.

"The Department of Finance originally wanted a 50:50 split between the taxpayer and the religious orders," he told the Irish Independent.

"Recent estimates suggest that the extraordinary generous deal agreed by Fianna Fail Minister Dr Michael Woods indicate that they will contribute just 11pc of the total cost of the compensation."

Mr Quinn also said giving ownership to the State was the only way to ensure these buildings would remain as schools into the future.

"After all, it is the Irish taxpayer who has over generations provided most of the funds for the construction of these schools" said Mr Quinn, who added the schools could remain under existing patronage.

Catholic Church sources last night said they were willing to reduce the number of church-linked schools if parents wished it. But they made it clear that there would have to be compensation for school buildings that were handed over.

However, Mr Quinn said that in return for a handover, the minister must introduce, without delay, a Sustainable School Programme. This would involve installing new standards of insulation to reduce heating costs and water conservation measures now that all schools had to pay water charges.

"In addition, a major national survey should be initiated by the minister in conjunction with our local authorities. At present we have no idea of the condition and renovation needs of our primary school infrastructure," he said.