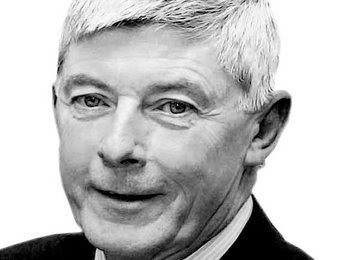 Drawing on awful lessons learned from its laxness in reacting to reports of child abuse, the Catholic Church now focuses its powers of nurture in protecting children, writes AIDAN CANAVAN .

OVER RECENT years, we have become accustomed to church leaders issuing apologies for the terrible pain caused by the clerical abuse of children and young people, which is both a crime and a sin.

Important though apologies are, they are not enough.

Apologies may express heartfelt sorrow and compassion, but they do not, in themselves, protect a single child into the future.

It was in the realisation of the need to move beyond apologies, no matter how sincere or important, that the Catholic Church leadership in Ireland set up the National Board for Child Protection, as it was then called, in 2006, as part of the programme set out in Our Children, Our Church , which had been published at the end of 2005.

The desire of the church leadership was to transform child safeguarding within the Catholic Church, with the intention that it not only improve, but ultimately become an exemplar for child safeguarding, nationally and internationally.

The church leadership realised that if it wished to transform child safeguarding, dioceses, religious congregations and missionary societies could not risk having separate approaches to child safeguarding – abusers can exploit the gaps between organisations.

The church needed a one- church policy – that is, a policy which encompasses not just dioceses or religious congregations or missionary societies, but all three. As part of this programme, a single board was required.

A huge debt of gratitude is owed to the countless volunteers who work at parish level and in religious communities to ensure that where children take part in church activities, they do so in an environment which is not only safe but nurturing.

Training in the safeguarding of children, vetting and the implementation of policies all take place in dioceses and religious congregations, with this being expanded throughout the country.

The National Board for the Safeguarding of Children in the Catholic Church was initially chaired by Mr Justice Anthony Hederman, retired Supreme Court judge, who led the board in its set-up period. Under his chairmanship, the board began to tackle the complexity and breadth of the issues which it had to face.

The board itself is made up of volunteers, coming from a wide variety of professional backgrounds and expertise, not only with the obvious skills associated with child safeguarding, but also psychotherapy, law (both civil and canon/church) and law enforcement.

The board has two essential functions:

To provide advice in child safeguarding to the Catholic Church in Ireland; and

To monitor and report on child safeguarding.

Those two functions put it at the heart of restoring the credibility of a church severely damaged not only by scandalous abuse perpetrated by clergy and religious but by its failure to properly address the issue. Yet the strength of the board, as demonstrated in the past year, lies in its independence.

Through that rigorous independence, the board can – and I believe ultimately will – move the church beyond apology for past failures into a position of leadership on the issue of child protection.

Although we can expect, this year, to hear of grim historic stories emerging from the inquiry into the Dublin archdiocese, the reality is that the church is now not only better-equipped to safeguard children but to be a model of best practice for society at large.

The independent board has been given the task – and the freedom – to critically examine past practice and ensure that lessons so painfully learned will result in new policies and practice. This will empower society as a whole to embrace a culture where no abuse of a child – sexual, physical or mental – will be tolerated.

Despite the gross breaches of trust in the past, the church has – with a multitude of dedicated clerics, religious and particularly thousands of volunteers working at parish level – an opportunity not only to restore confidence in its own credibility but to extend its new child safeguarding standards and practices to every part of the community.

Today, we will launch our Standards and Guidance document which has been developed following the widest of consultation.

The focus of our strategy is, of course, the child, setting out a clear road map that leaves no room for confusion as to how any suspicion of child abuse is to be handled.

In the past, the church has produced advice and guidance but serious difficulties of interpretation and practice clearly sometimes resulted in unsatisfactory practice.

Our publication is designed to be easily understood and actioned by lay and cleric alike – the proper interface with the statutory authorities is not open to any misinterpretation.

These standards will require that the church adheres to practices that far exceed what is expected of any other section of society. And this will raise the standards elsewhere in the country.