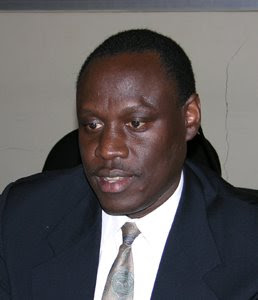 A former military chaplain who used his position to "influence and promote" the abduction and killing of Tutsi refugees in Rwanda was found guilty of genocide and sentenced to 25 years in prison by the International Criminal Tribunal for Rwanda today.Emmanuel Rukundo, 50, is one of two members of the clergy accused of orchestrating the killing of ethnic minority Tutsis during the Rwandan massacre in 1994 and was convicted by three judges for "genocide, murder as a crime against humanity and extermination as a crime".

The tribunal, which prosecutes people accused of being involved in the Rwandan genocide, found that on at least four occasions in April and May 1994, Rukundo played an integral role in kidnapping and killing Tutsi refugees who sought shelter in a seminary.

The court found that Rukundo was present as soldiers in the Rwandan armed forces abducted and killed a woman in 1994 and was guilty of sexually assaulting another woman. The court said Rukundo had kept a list of local Tutsis and monitored their movements.

Rukundo, a parish priest before becoming a chaplain in the military in 1993, was described by the court as a well-known priest in the community who had abused his position.

The tribunal said: "The accused was found to have abused his moral authority and influence to promote the abduction and killing of Tutsi refugees."

The 1994 genocide saw about 800,000 Tutsis massacred by the Hutu ethnic majority over 100 days. Besides prosecuting genocide cases and violations of humanitarian law committed in 1994, the remit of the tribunal covers reconciliation and maintaining peace in the region.

Rukundo was arrested in Geneva in 2001 before being transferred to a UN detention facility.