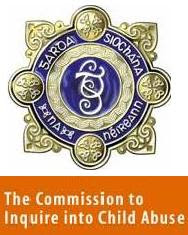 GARDAÍ and clergy who helped protect paedophile priests in the diocese of Dublin are to be targeted in a top-level criminal investigation.

Garda Commissioner Fachtna Murphy has tasked Assistant Commissioner John O’Mahony to examine the shocking report of the Commission of Investigation into the Catholic Archdiocese of Dublin and recommend where criminal charges can be pursued.

Comm Murphy said this would look specifically at how Church and state authorities handled reports of child abuse and see if their "failings amounted to criminal behaviour".

"I am asking Assistant Commissioner John O’Mahoney to examine the findings of the report, carry out investigations and to make a report to me with his recommendations.

"I will consult with the DPP as to what issues arise in the context of criminal liability," he said.

Of the 46 files examined by the Ms Justice Yvonne Murphy’s Commission the Garda handling was explicitly criticised in seven cases.

Last night the Garda Ombudsman’s office said it has been studying the report but it is too early to say whether it will open its own investigation.

It did encourage any victims who feel they had been wronged by the gardaí to make contact with the Ombudsman’s office.

Maeve Lewis, executive director of the One in Four group, commended Comm Murphy for his decision and said senior clergymen and public servants had cases to answer.

"Since the report was published, some survivors realise that had the Church authorities handled allegations differently, they may never have been sexually abused," she said.

Meanwhile, there were indications certain sectors of the Catholic Church in Ireland would accept pleas from abuse survivors for a full national inquiry into every diocese.

Bishop of Down and Connor, Noel Treanor, said if an inquiry was deemed necessary it should be pursued.

"The boil of sexual abuse of children needs to be totally lanced. It is essential for the good of the Church and the good of society," he said.

Bishop of Raphoe, Dr Philip Boyce, said he would welcome any investigation in his diocese.

Bishop of Tuam Michael Neary said he would welcome a national "audit" if it was thought appropriate.

However, the Auxiliary Bishop of Dublin Eamonn Walsh said the money should be spent helping the recovery process.

Children’s Minister Barry Andrews said the Government would consider such an inquiry if a national audit underway by the HSE exposes a need for one.

This included serving bishops, such as Bishop Donal Murray in Limerick, who was criticised.

But Bishop Murray has said it was a matter for the "people and priests of Limerick".