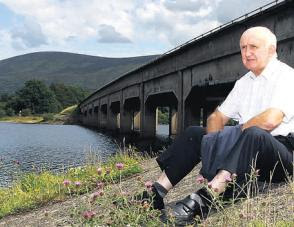 A retired garda from Valleymount, Co Wicklow has spoken out about the threats he received after attempting to investigate reports of child abuse by the local curate in the early 1980s.

Speaking on RTÉ’s Morning Ireland today, Det Sgt Brennan said he told the parish priest about the curate, but was initially met with a light-hearted response.

“A big ha ha laugh was my first reaction from him,” said Det Sgt Brennan. “He said, ‘Is he a homo or something?’”

They told him they were concerned that Fr Naughton was abusing their children.

“I tried to get evidence first; I didn’t want to go on hearsay,” said Det Sgt Brennan. “My own son was an altar boy at the time and I asked him and he hadn’t interfered with him, but I stopped him from serving mass until the thing was sorted out. My only option was to report it to the parish priest, which I did.”

After the initial reaction, Det Sgt Brennan warned that he would escalate the matter if the allegations were ignored. “I told him that I was treating matter very seriously and that if he wasn’t prepared to deal with the matter seriously I would take it to a higher level and possible garda action,” he said. “He took me seriously from thereon in.”

Shortly after the meeting the curate was removed from the parish. It was then that Det Sgt Brennan and his family began receiving hate mail.

“My wife and I had some shocking letters and I think there was maybe even human excrement in some of them,” he said. “They were written in an uneducated person’s writing. I took the letters to a handwriting expert and he told me they were written by educated hand and very disguised.”

Det Brennan later received a letter of apology from Cardinal Desmond Connell expressing regret at the suffering he and his family endured.

After leaving Valleymount parish, Fr Naughton was moved to Donnycarney parish, where his abuse continued.

Yesterday’s report said that despite many complaints, the archdiocese did everything in its power to protect Fr Naughton, and ignored the victims, until the problem became so great it could not be hidden. As a result, he was left to continue to abuse for several years.