Cover-up shows nothing but contempt for people (Contribution) 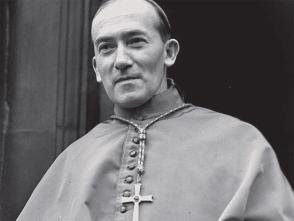 In March 1970, Archbishop of Dublin John Charles McQuaid wrote to his press secretary Ossie Dowling, explaining that he did not want to co-operate with those seeking to question him about the Catholic Church's attitude to sexuality: "I am very tired of RTE's attention to bishops and priests. I do not understand why they do not pay attention to the Army, the law, medicine and especially journalism; fruitful fields for investigators. They are not anxious to promote the Kingdom of God."

As a result of the Vatican II reforms of the 1960s, the Catholic Church authorities were encouraged to engage more with their flocks through such initiatives as diocesan press offices.

McQuaid swallowed this pill by allowing such an office to be set up in Dublin, but he was adamant that he would not be personally interviewed, and would not debate or discuss the Church's stance on issues of sexual morality.

One of McQuaid's successors, Archbishop Kevin MacNamara, gave his first major print interview in 1986 and complained that the bishop's statements on issues other than sexuality were ignored.

His successor, Archbishop Desmond Connell, was similarly distrustful of the media, and avoided engagement with the crisis in the diocese and in the Catholic Church generally over the issue of child sexual abuse. Connell was old school, seemingly aloof and uncomfortable in a secular setting.

Much of the difficulties surrounding Connell's time as archbishop had to do with the manner of appointing senior Church figures, particularly the practice in the past of plucking them from academia and thrusting them into a job they were obviously unsuited to but felt compelled to take.

He was appointed Archbishop of Dublin in 1988 at a time when he was the last person the Church needed, because he was so inflexible.

His approach was in stark contrast to his successor, Archbishop Diarmuid Martin.

As soon as he was appointed in 2004, Martin made a beeline for RTE, appearing on 'Questions and Answers' and other programmes to promise the issue of child sexual abuse by the clergy would be dealt with in a transparent manner.

This gesture was an indication that Martin realised the days of unfettered and unquestioned authority for those in his position, so clearly underlined in the Murphy report, had come to an end.

It would have been unimaginable for McQuaid and Connell to go on television to be surrounded by lay people who, as they would have seen it, were not qualified to talk about what the Church should and should not do.

Martin knew if the Church was to survive, it had to adapt and do so as a matter of urgency, whereas for Connell and McQuaid, the notion of the Church adapting to a changed environment was anathema.

Historians, helped by the Murphy report, will remember Connell's time as archbishop for his refusal to believe that a church can or should adapt to changing circumstances.

As well as being the third devastating report to vindicate the abused children, the Murphy report tells us much about how power was used and abused in the past.

In providing such an overwhelming body of evidence about an "obsessive concern with secrecy and the avoidance of scandal" and "little or no concern for the welfare of the abused child", the report has provided another corrective to the atmosphere of secrecy and shame that surrounded these experiences for so many years.

The report also makes it clear that the extent of the sexual assaults on children cannot be explained away by maintaining that the country was too poor and ignorant; there were calculated cover-ups by the Church and a deliberate abdication of state responsibility.

The documentation available to the inquiry, and the decision in 1986 to protect Church assets from abuse victims by taking out an insurance policy, gives lie to the claims there was not enough knowledge of what was going on; or that the Church hierarchy "was on a learning curve".

In October 2005, after the publication of the Ferns report, Progressive Democrats TD Liz O'Donnell asserted that there was, for many years, "unrelenting deference expected and given" to the Catholic Church from the State.

The Murphy report underlines the validity of that statement. Its use of the phrase "avoidance of public scandal" is appropriate and in many ways links this report with the Ferns and Ryan reports.

All three reveal the prevalence, from the foundation of this State, of a mindset that sought to hide and deny rather than confront, whether that be in relation to abused children or those, who by their actions or perceived misbehaviour, were deemed to be bringing shame to Ireland's supposed holy name and its supposed status as a beacon of Catholic purity.

Church and State colluded to protect this lie and in doing so, served each other's rather than the people's interests. The great irony is that their obsession with avoidance of scandal facilitated ever-greater scandal.

The unvarnished detail of the abuse experienced by children brought to my mind the observations of the late novelist John McGahern, when he wrote about the strut of the arrogant priest in a typical Irish parish in the past: "In those days it took considerable wealth to put a boy through Maynooth, and they looked and acted as if they came from a line of swaggering, confident men who dominated field and market and whose only culture was cunning, money and brute force. Though they could be violently generous and sentimental at times, in their hearts they despised their own people."

In light of the publication of the Murphy report, these words take on an added resonance.