Hypocrisy Of The Church Who Tried To Ban Sex 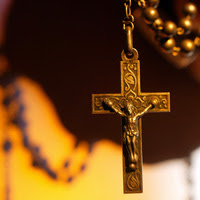 To anyone who recalls the Catholic Church in its heyday, the hypocrisy laid bare by the Murphy Report is breathtaking.

Irish children lived in two worlds. In one they were protected. In the other they were abused.

In one world, the Church's concern for sexual morality was extreme.

When two boys in my class were found reading the News of the World, seen by the Christian Brothers as a dangerously immoral influence, we were all required to write an essay on 'chastity' that night to cleanse ourselves.

In the other world, children in institutions run by the Brothers were sexually abused and their abusers protected.

Even the use of the so-called 'safe period' by married couples who wanted to have sex without conception was frowned upon.

In the other world priests could sexually abuse children and the minority of rogue priests who did this were protected.

It is that sensitivity about sex, which went to absurd and oppressive lengths, that adds to the outrageousness of the toleration of abuse by these priests.

This was a church in which people like the actress Elizabeth Taylor and the writer Edna O'Brien were condemned from the altar as immoral influences; in which girls were expelled from a secondary school after one of them showed around a condom which her brother had brought home from a rugby tour to the Continent as a curiosity; in which I listened to a big, beefy priest roaring about the destruction to souls which would be brought about by the miniskirt, then in vogue to the delight of us boys; in which the Bishop of Clonfert started a huge row because a woman told Gay Byrne on the Late Late Show that she had not worn a nightdress on her wedding night.

Any of us who were there at the time could fill all the pages of this newspaper with examples of this nonsense.

But it's only nonsense now: back then it created the setting and the atmosphere in which the church could not be questioned.

It created a facade of absolute rectitude when it came to sexual morality.

And it created the perfect cover behind which the abusers could operate.

Small wonder, then, that there were gardai who could not bring themselves to investigate complaints against clergy.

They had been taught to see these clergy as demi-gods and figures of immense authority and probity.

This does not excuse the dereliction of duty involved but it may help to explain it.

From the victims' point of view, the nonsense of the Church's sensitivity towards sexual morality was catastrophic.

How could you break the consensus that members of the clergy were saints? How could you expect anyone to believe you?

I had a girlfriend in the 1970s who told me about clerical students trying to 'get off' with her and her girlfriends.

I didn't believe her. How could such a thing be true?

I recall a woman telling me about being propositioned in her teens by a clerical student who was shortly to be ordained. She turned him down but she remembered her whole world falling apart.

Because up to then she had lived in the world in which priests would not think of doing such a thing.

That a priest might sexually abuse a child and get away with it simply could never have occurred to her or, indeed, to me at the time.

But there were people who knew: bishops, other senior clergy, some gardai.

To them it was more important to keep that other, sinister world out of view of the wider society than it was to help the children trapped inside.